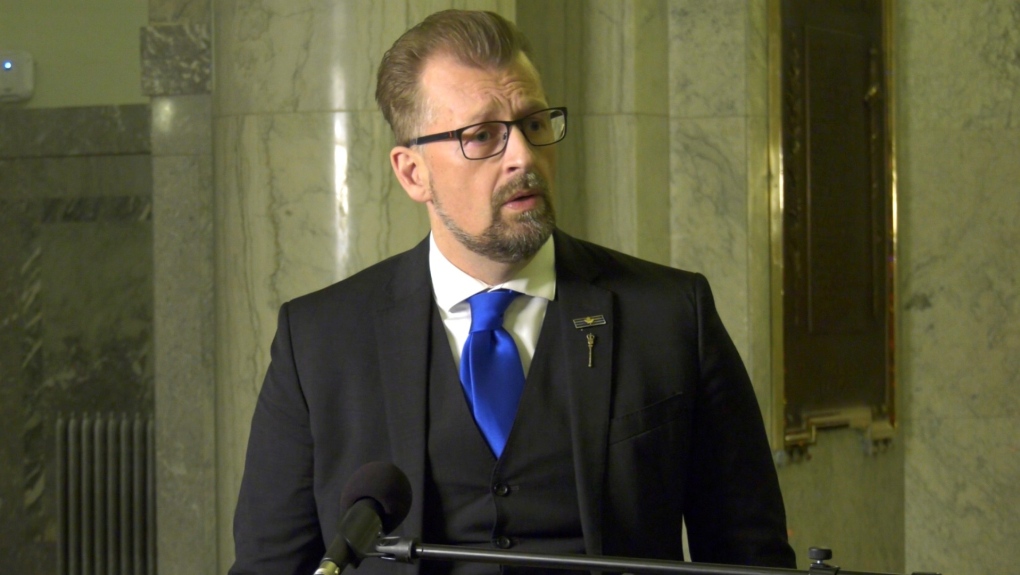 Alberta is launching a bipartisan committee to study the issue of regulated supply sites for people who take opioids and other addictive substances.

The federal government calls the practice “safer supply.” Ottawa defines it as providing “prescribed medications to people who use drugs overseen by a healthcare practitioner” to prevent overdoses while offering treatment options.

There are currently 28 sites across the country, mostly in Ontario, and one approved site in Calgary.

The province’s associate minister of mental health and addiction would not say Monday if he supported the practice.

Instead, he accused the federal Liberals and Alberta NDP of “advocating for a taxpayer-funded supply of drugs for people with addiction.”

“Activists propose that users should be able to take these drugs and use them recreationally, with no restrictions and no accountability,’ said Mike Ellis, who is also a former police officer.

“This approach is concerning as it is widely accepted that the opioid crisis as we know it today was started by the OxyContin epidemic.”

Ellis said the committee meetings would be public and he would wait until after it made its findings to decide where he stands.

“This is a medical issue. It’s not about criminalizing this, and we’re looking and exploring all opportunities to do what is best for the citizens,” he said.

NDP leader Rachel Notley said she’d go into the committee process with an open mind, but she was skeptical of the government’s motives.

“What’s not helpful is a UCP government that suggests that safe supply is some nefarious attempt to simply randomly hand out drugs to Albertans,” she said.

“I hope that is not the object of this committee.”

A local public health expert, who has been critical of the government’s policies on harm reduction, also took issue with Ellis’ statements.

“Negative sentiments like these from the Assoc. Minister make it very hard to believe this process will be fair, open and unbiased; or that the gov’t will seriously reconsider its current position on safe supply,” tweeted Elaine Hyshka, an assistant professor at the University of Alberta.

From January until the end of August 2021, 1,026 Albertans have died of a drug overdose, according to provincial data.

The government is proposing that UCP MLA Jeremy Nixon chair the committee with Tracy Allard serving as the deputy chair. Four NDP MLAs are also proposed to sit on the committee.

MLA Jason Nixon made the announcement in the legislature Monday and said the committee also intends to study any potential "increased risks" to people near the sites.

In March 2020, the Alberta government released a report on supervised injection sites in the province, a process that was also criticized by some experts and community members.