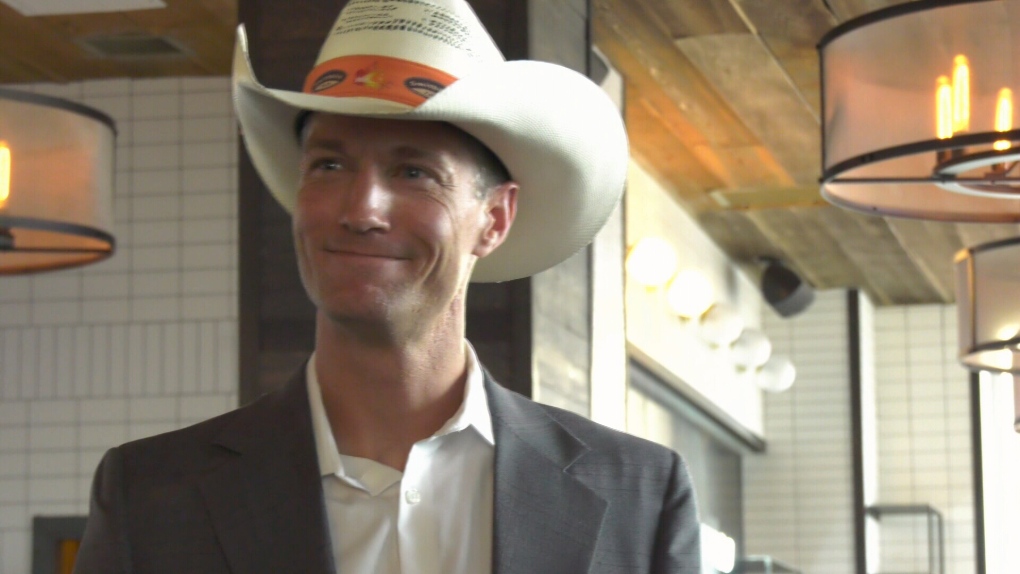 Ultra-marathon runner Dave Proctor will once again attempt to run across the country next year.

He announced Saturday night that his goal is to break a long standing record of 72 days and 10 hours.

Proctor says he plans to run two marathons a day, starting in St. John’s, Nfld., and ending in Victoria.

He says each day he’ll run anywhere from 12 to 14 hours, with plans to be done the cross-Canada run in 67 days.

In 2018, Proctor’s first attempt at 2400 kilometres was ended due to medical reasons.

“I really thought my running life was done.”

He’s spent the last year rehabbing and in physiotherapy in preparation for this run and Proctor believes he’ll do better the second time around.

But Proctor isn’t just running for the record.

Proctor’s 10-year-old son has RECA (relapsing encephalopathy with cerebellar ataxia), a rare disease that affects his balance and coordination.

He hopes along with his goal of raising $1 million, this run will create a movement to support families affected by rare diseases.

“One quarter of children with rare diseases die before their 10th birthday, most of which they don’t know what they have when they pass away.” said Proctor, “I’d run to the end of the earth for my son, and next summer, I might just have to.”

Proctor will start his cross-Canada on Victoria Day, 2020.