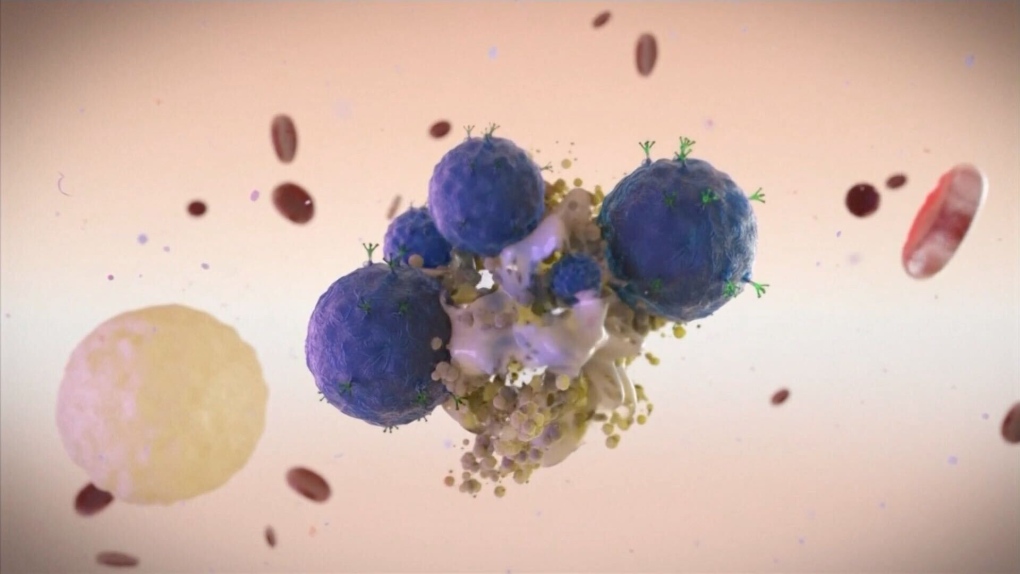 EDMONTON -- A possible new cancer treatment developed at the University of Alberta is expected to be heading to human trials at three Canadian cancer centres, before year's end.

The new phase in the drug’s development would be made possible thanks to $5 million in funding from Edmonton-based investors.

The drug, known as PCLX-001, comes in pill form and is designed to fight blood cancers like leukemia and lymphoma.

Tests have shown the drug kills proteins in cancer cells, keeping them from multiplying, so those harmful cells die.

“We have a reason to think this is going to be much more toxic to cancer cells,” Cross Cancer Institute Director of Clinical Trials, Dr. John Mackey told CTV News Edmonton via video chat.

“And we have reasons to think that the normal tissues will be spared,” said Mackey.

“So this means it is going to be tolerable. We think that we can get it at high enough doses into people that it will be able to hopefully control some of these very difficult to control cancers,” he said.

It’s taken seven years worth of research to reach this point.

A $1-million Award in Hematological Cancer Research in Memory of Dr. Rachel Mandel from the Alberta Cancer Foundation is also being used to fund lab research.

The U of A researchers say the COVID-19 crisis could slow the clinical trials process because of burdens on the health-care system.

Edmonton's Cross Cancer Institute, the B.C. Cancer Centre in Vancouver and Princess Margaret Cancer Centre in Toronto are the three facilities earmarked for human trials as early as this fall.