EDMONTON -- MacEwan University and University of Alberta students are marching from their campuses to the Alberta legislature protesting budget cuts schools say could lead to layoffs and increased tuition.

The University of Alberta and MacEwan University are reporting $44-million and $17-million shortfalls, respectively. 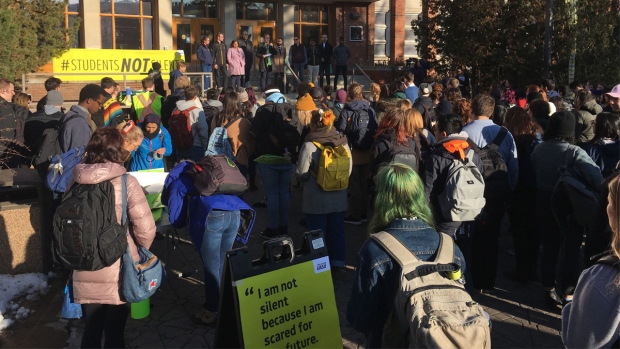 Before both schools marched to the legislature, students held rallies at each campus. Eunah Cha, a second-year international student in the faculty of nursing, voiced her concern about more expensive tuition.

"I'm frustrated, I'm angry and I'm very worried, because of the tuition increasing and not being able to keep up with it," Cha told CTV News Edmonton. I don’t know if education is going to be something that I can access next year." 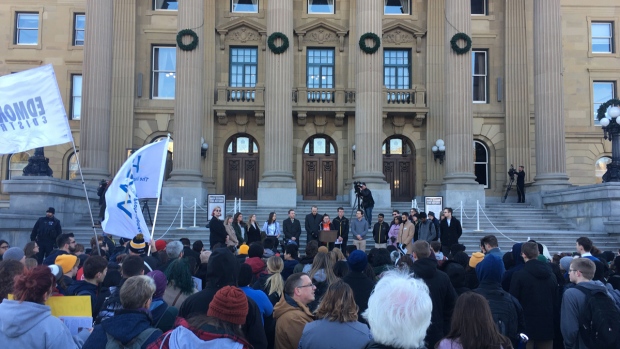 Both schools are still evaluating how the budget will impact them, and what they will do to mitigate the cuts.