'Various factors' contributed to young woman's death along 16A: RCMP 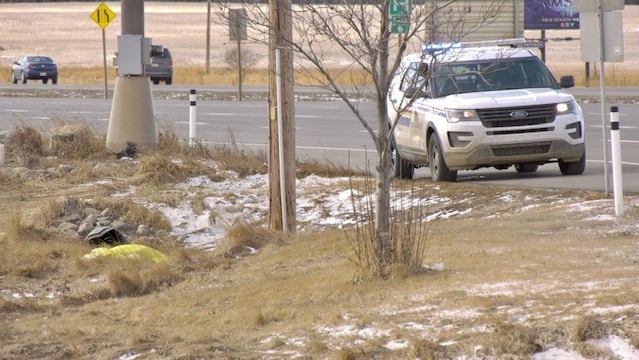 RCMP cruiser on scene after a sudden death forces the closure of eastbound lanes of Highway 16A between Spruce Grove and Stony Plain (Dave Mitchell/CTV News Edmonton).

EDMONTON -- The death of a 23-year-old woman whose body was found alongside a highway west of Edmonton has been deemed to be not suspicious by police.

The woman's name is not being released, nor are investigators clarifying the circumstances of her death.

In a Wednesday news release, they said their "investigation revealed that the death was not suspicious in nature.

"There are various factors that, as a whole, may have contributed to this tragedy."

The woman's body was reported to RCMP on March 29 after it was spotted lying in a ditch of the eastbound lane of Highway 16A near Spruce Grove. Mounties originally classified the case as a "sudden death."