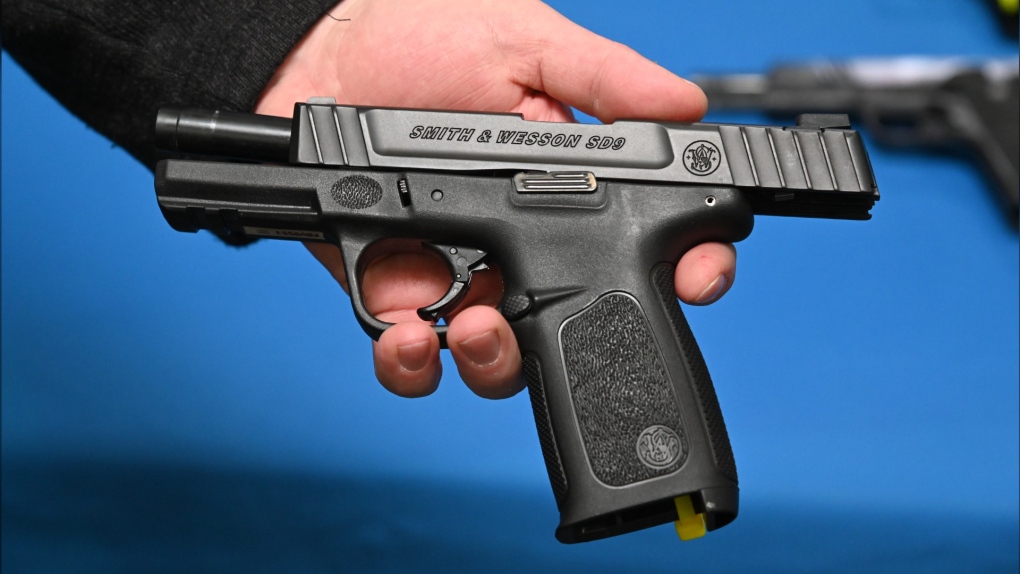 A Smith & Wesson SD9, pictured here, was one of nine firearms, as of June 1, 2022, Edmonton police and Mounties had seized of 17 that were fraudulently purchased by a Vegreville, Alta., man in November 2021. (Source: Edmonton Police Service)

A Vegreville, Alta., man at the centre of a firearms trafficking investigation has turned himself in.

The 33-year-old was first named as a suspect after Edmonton police officers found three illegal firearms during a vehicle stop in November 2021.

He now faces 68 charges related to firearms trafficking and fraud.

The accused is alleged to have bought 17 fraudulent handguns from 11 different Alberta sellers in November 2021, and trafficked them over the next two months. He reportedly posed as an Edmonton man and used that man's licence to make the purchases through the Canadian Firearms Program and Alberta’s Chief Firearms Office.

Police say he tried to fraudulently buy 25 more firearms – including some that were restricted and prohibited – from an Ontario auction house, but was blocked by police.

In January, the man was also named as a suspect in an investigation by the Vegreville and Two Hills RCMP detachments, west of Edmonton.

The three agencies together recovered nine of the 17 handguns purchased in 2021. Edmonton Police Service's special firearms unit continues to search for the others.

The man turned himself in on April 5.

Power is slowing coming back to Toronto's downtown core after a widespread outage caused major disruptions in the city Thursday afternoon.

An armed man clad in body armour who tried to breach the FBI's Cincinnati office on Thursday was shot and killed by police after he fled the scene and engaged in an hours-long standoff in a rural part of the state, the Ohio State Highway Patrol said.

Will you be eligible for one of Ontario's new tax credits? Here's the breakdown

The Ontario government is planning to move forward with several tax credits for residents as it formally tabled its 2022-23 budget on Tuesday.

A study out of the United Kingdom’s University of Leeds reports women who don’t eat meat are 33 per cent more likely to break their hips later in life.