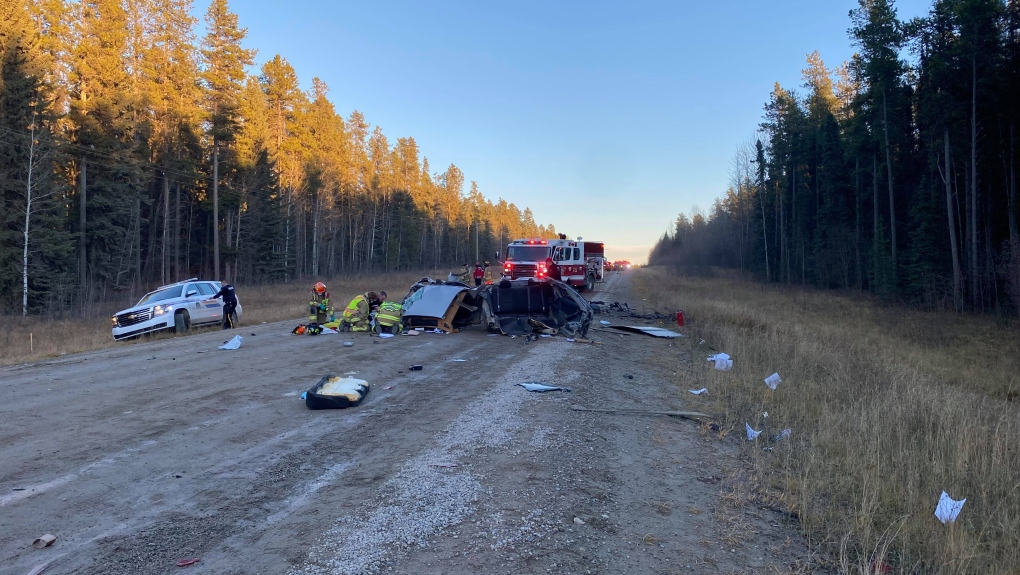 A collision between a truck and a car south of the O’Chiese First Nation in Central Alberta sent three people to hospital Monday.

Around 4:55 p.m., Rocky Mountain House RCMP responded to the crash on O’Chiese Road around three kilometres south of the first nation.

Pictures from the scene show the car in pieces, with the roof and back seats torn from the rest. The truck was in the ditch with major damage to the body of the vehicle. 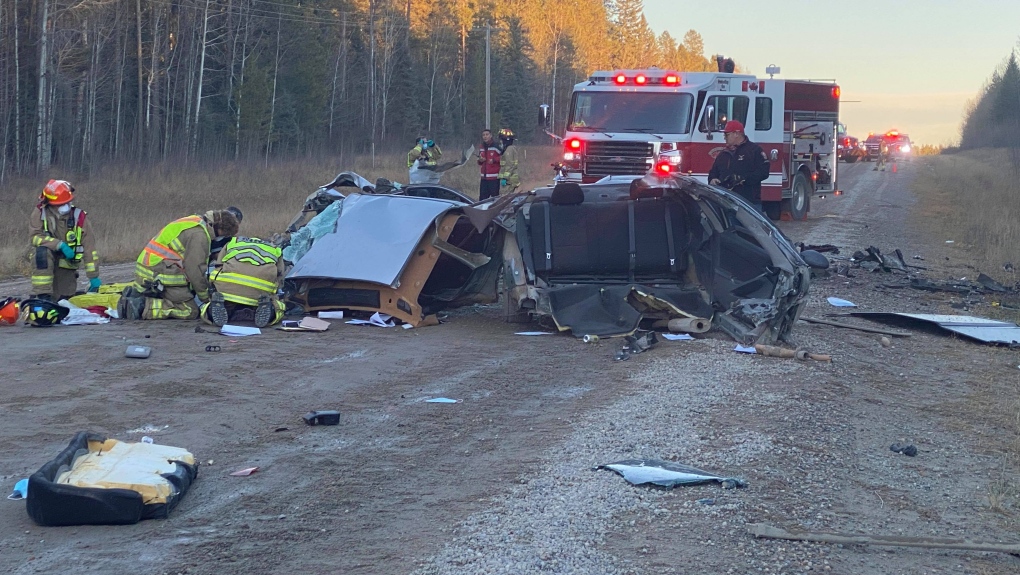 The male driver of the truck, from Quesnel, B.C., was taken to hospital by ground ambulance with non-life threatening injuries.

Traffic was diverted in the area for several hours Monday. The cause of the crash is still under investigation.