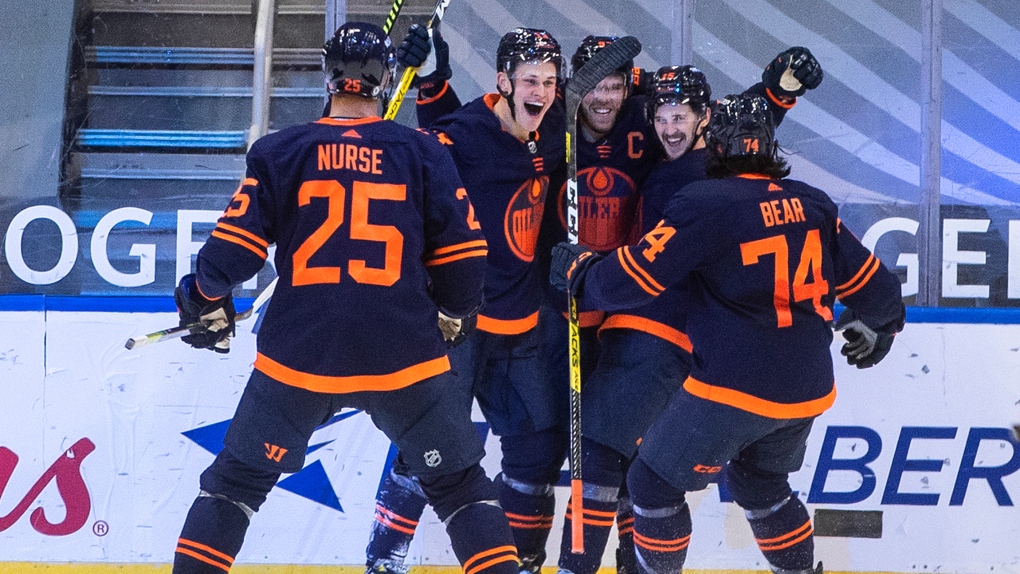 Edmonton Oilers defenceman Tyson Barrie, meanwhile, described the situation as “awesome” for the teams in question.

And Toronto Maple goalie Jack Campbell is simply glad to see life shifting back to normal - just not for NHL players in Canada.

The league eased some of its tight COVID-19 health and safety protocols over the weekend for clubs that have been fully vaccinated. But because of the decidedly slower rollout to get shots in arms north of the border, Canadian franchises won't be enjoying the same freedoms as some of their U.S.-based counterparts any time soon.

“Very jealous,” said Copp, who was born and raised in Michigan. “If you look at my social media, Instagram and Twitter, I see my family and my friends living a normal life right now. Very jealous of that.

“Happy for the guys in the States that are playing hockey to be able to live their lives as much as possible.”

Barrie said even though teams in Canada are still bound by the same directives they've been adhering to since training camp - daily testing, physical distancing and limited contact with teammates outside the rink - that were beefed up further amid a rash of coronavirus outbreaks in February, the league's move is a good sign.

“There's a lot of teams down there that are vaccinated,” he said. “We've been in these protocols for a long time, so if it's safe and everyone's able to do it, then absolutely it's an exciting time to be able to get back out there and support some businesses and try to get this thing back on track.”

The relaxing of NHL protocols announced Saturday takes effect once 85 per cent or more of a team's travelling party has been fully vaccinated. The changes include loosened restrictions on indoor and outdoor dining, testing frequency, mask-wearing and quarantine requirements.

“It's nice to see them doing some normal things,” said Campbell, who's also from Michigan. “Whatever we're able to do, we're fortunate to have a great group. We have a lot of fun. We've done things the right way all season, but we still have fun in the right circumstances.

“Just fortunate to be healthy.”

All members of the Leafs were eligible to be vaccinated starting Sunday because the team's practice facility is located in one of Ontario's designated COVID-19 hot spots. The Montreal Canadiens, meanwhile, are expected to begin getting their shots Thursday after Quebec lowered age restrictions.

“There's more and more shots readily available,” Toronto forward Jason Spezza added. “It shows signs of us healing as a community and getting closer to a return to normalcy.”

But only teams that have had a second dose will be deemed fully vaccinated in the eyes of the NHL, so players in Canada, where daily life remains far from normal due to wide-ranging restrictions, are still a long way from meeting for meals at restaurants or hanging out inside each other's houses.

But despite the protocols remaining the same in the Canadian-based North Division - a one-time-only circuit created because of pandemic-related border restrictions - Montreal winger Paul Byron doesn't take issue with U.S. teams having more freedoms with the playoffs just over the horizon.

Winnipeg head coach Paul Maurice added it would be pointless for players and coaches in the U.S. to continue with protocols like masking for no reason.

“In a perfect world we'd all be on the same circumstances,” he said.

Under the NHL's new regulations, fully vaccinated individuals can dine outdoors or inside - in a private area with masked servers - visit a teammate or coach's hotel room, play golf and have other social gatherings without masking or distancing requirements. Team staff also won't have to quarantine for potential exposure or be subject to testing on off days.

Roughly one-third of Americans have been fully vaccinated compared to about three per cent in Canada.

“It's the way the world is right now,” Oilers bench boss Dave Tippett said. “A lot of parts of the U.S. are wide open, and Canada is still closed down. You just have to deal with where you're at.

“Hopefully as the (age) regulations of who gets vaccinated in Canada continues to go down ... teams can catch up on that, but time will tell.”

The NHL was the last of the major four North American pro sports leagues to announce relaxed virus protocols for teams based on individual vaccination levels.

“I'm happy for the teams down south,” Copp said. “It's been tough.”