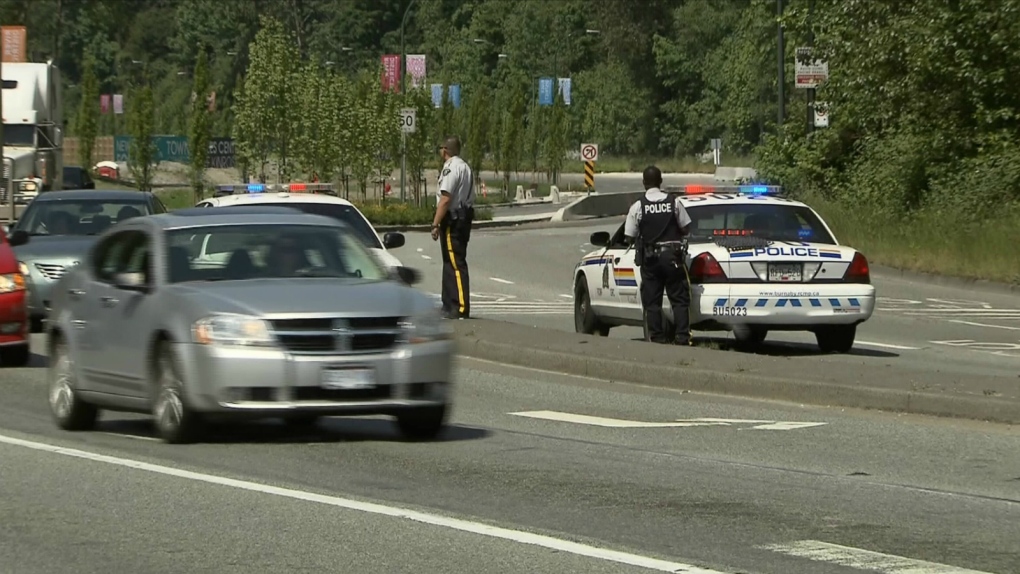 Police scan roadways for any sign of a suspect who allegedly pointed a gun at an officer in New Westminster. May 18, 2015. (CTV Vancouver)

EDMONTON -- An Edmontonian currently serving 12 years for kidnapping and torturing a man while disguised as a police officer was handed another five years in jail on Friday for pulling the trigger on a B.C. officer.

Steven Vollrath, 37, pleaded guilty to six charges stemming from a May 2015 incident in which Vollrath and a woman were found sleeping in a vehicle by New Westminster officers.

According to officer accounts, when they returned from checking the information of Vollrath and the woman, Vollrath pointed a handgun at one of the officers and pulled the trigger.

When the gun did not fire, he sped away, committing a number of hit-and-runs while being chased by police.

In 2016, Vollrath was convicted by Alberta courts for kidnapping, aggravated assault, possession of a weapon, and impersonating a peace officer. He had been found to be one of three people who, while dressed as law enforcement, took an Edmonton man from his home, cut off his thumb, and left him bleeding in the snow.

At the time, the man had been awaiting trial after his SUV crashed into a restaurant patio, killing a two-year-old child.