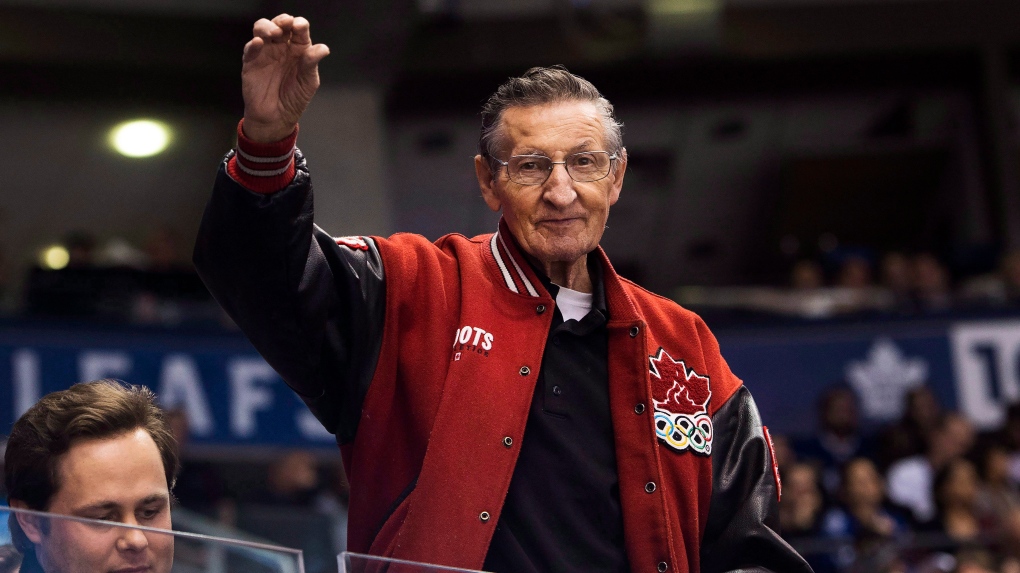 EDMONTON -- "Wally is going to missed…not only by us but I think the hockey world and certainly all of Canada," said Oilers legend Mark Messier during a Zoom interview Friday afternoon.

The father of the Great One died Thursday at the age of 82. And while tributes poured in for "Canada's Hockey Dad," Messier and longtime teammate Kevin Lowe shared fond memories of the man they affectionately called Wally.

"Wayne would have so many endorsements and inevitably they would get swag like jackets or t-shirts," laughed Lowe, "and when Wayne would give his dad a new golf shirt or a hockey jacket, it was like he had given him a car…. he would have a smile on his face from ear to ear.

"Wayne was who he was because of Wally," said Messier. "Wally had an unbelievable ability to share Wayne with the country and not get in the way of the demands on Wayne."

Walter Gretzky became a household name in Canada but much like the values he instilled in his son, he remained true to his humble roots.

"Often we’d be out with Wayne somewhere at a restaurant or a hotel and people would just as quickly gravitate to Walter for an autograph as they would Wayne," said Lowe. "I think by that point he (Walter) understood his place in our country’s history and recognized the importance of it and he really did start to embrace it.

"Wally was a Canadian icon as well," added Messier, “and he’s going to be sorely missed.”