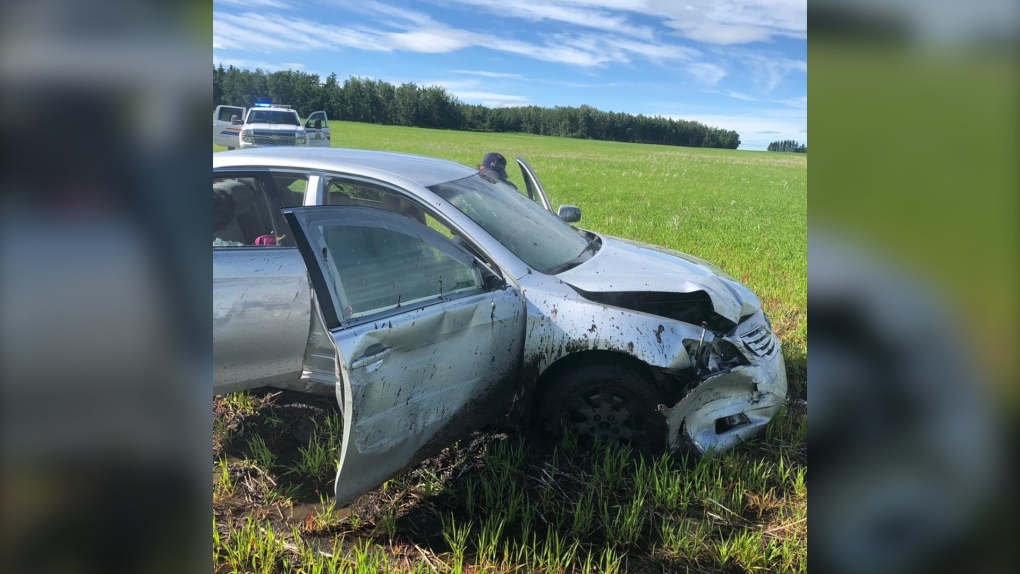 The suspect's vehicle was damaged while fleeing from police near Rocky Mountain House, Alta. (RCMP)

EDMONTON -- A man with multiple outstanding warrants is in custody after leading police on a pursuit and striking an officer's leg near Rocky Mountain House.

Officers spotted Cole Joseph Obdam driving a vehicle with two women inside at 4:30 p.m. on July 2, according to the RCMP.

Police say Obdam rammed two police cruisers as they attempted to contain his vehicle in a parking lot.

A chase ensued on gravel roads as Obdam headed towards Sylvan Lake, managing to avoid spike belts in the process.

In the pursuit, an RCMP vehicle was involved in a collision with two civilian vehicles. That crash is under investigation.

About an hour after he was intially spotted, Obdam drove his vehicle across a farmer's field near Highway 781 where it became stuck, according to Mounties.

The three inside the vehicle were arrested and a loaded shotgun was recovered from inside.

Nobody was hurt over the course of events.