Warm day, flurries tonight: This is your Edmonton forecast 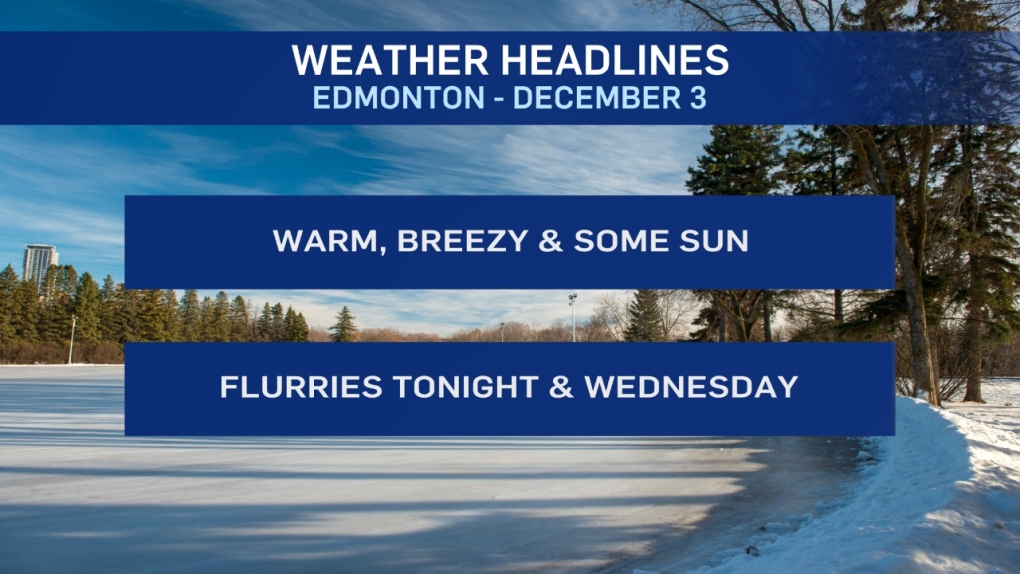 We'll cool slightly in the 5-8 o'clock hours (still right around or above zero) and then climb to about 5 degrees this afternoon.

Wind is expected to pick up to around 20 km/h.  So, a bit breezy today with partly cloudy skies.

Further west, we'll have some snow move into the Jasper/Hinton region this afternoon.

That snow will spread east through the evening and we'll get some flurries in the Edmonton area late tonight and Wednesday.

2-5 cm is possible in western AB.  However, the Edmonton area is only expecting a dusting to 2 cm.

Behind Wednesday's low pressure system, we'll see some cooler air drop in for the end of the week.

Not COLD.  But, cooler.  Afternoon Highs will slip into the -3 to -8 range for Thu/Fri/Sat.

AND...the latest GEM model output is leaning at a chance for a few centimetres of snow on Saturday.

After Saturday, milder air returns for early next week.