'We are not at all reluctant to enforce': City officials respond to enforcement questions 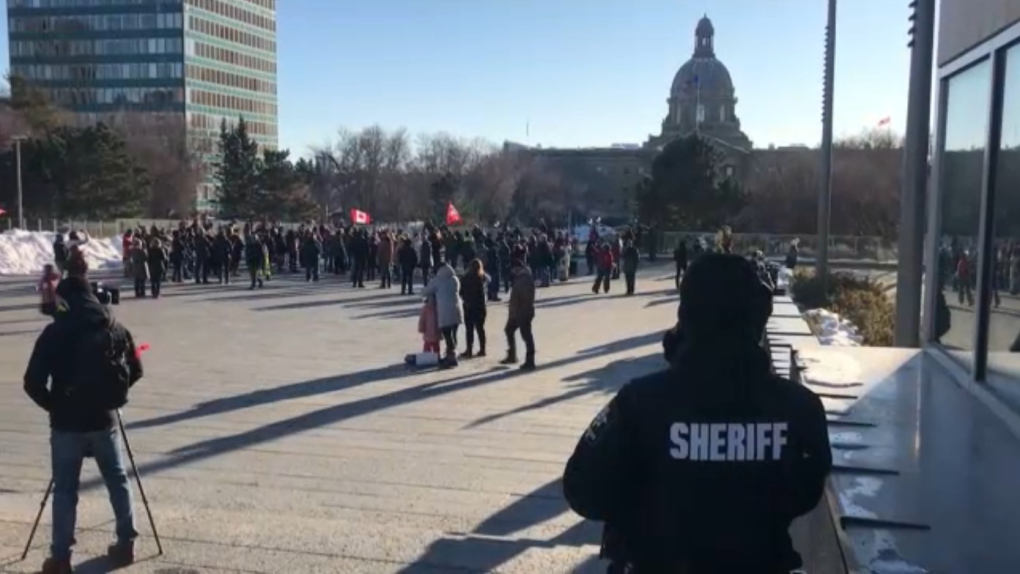 An anti-mask rally was held at the Alberta Legislature grounds on Nov. 28 in defiance of new provincial gathering orders.

EDMONTON -- Many fines for people defying the city's mask bylaw and public health rules are being laid "after the fact," according to city administrators.

It comes in response to questions by the mayor and councillors at Wednesday's Emergency Advisory Committee meeting on the level of enforcement happening in Edmonton.

"Rallies of anti-vaxxers and anti-maskers and alt-right hate groups continuing to gather, and having many festivals of their own, is really starting to vex Edmontonians including myself," said Edmonton Mayor Don Iveson.

"I am hearing more and more frustration from Edmontonians about the enforcement approach."

City administrators said city police and bylaw officers don't have jurisdiction on the legislature grounds, where weekly anti-mask and COVID-19 restriction rallies are held, but acknowledged they could lay fines when they march elsewhere in the city.

"It's a matter of allowing or ensuring a peaceful protest versus having a violent interaction with some of these folks."

Brezinski said enforcement is "always on the table" and they monitor it "on a case by case basis."

"When it gets to that point where we are not getting the cooperation from some of these folks perhaps that's maybe a point in time where we can do more enforcement," he said.

"Just because someone doesn't get a ticket at the actual event, that people may see on television or witness themselves, it doesn't mean there's not enforcement after the fact," he said.

The city's COVID-19 Dashboard – which displays city bylaw data starting Aug. 1 – shows a clear rise in the number of tickets handed out starting the end of November. 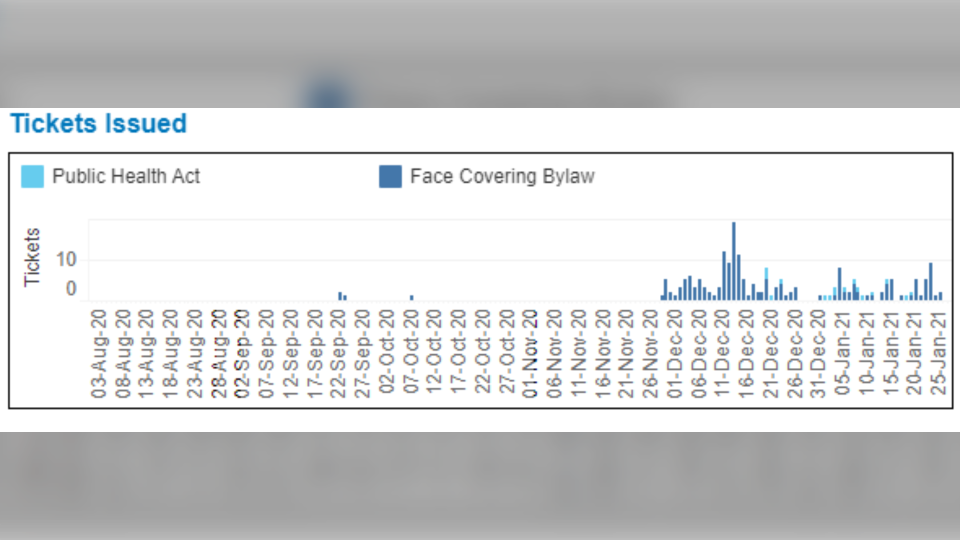 On Dec. 13, the city gave out its highest number of daily tickets at 19.

It also shows 69 tickets have been issued for violating the city's mask bylaw and the Public Health Act so far this month.

"We are not at all reluctant to enforce and we will continue to enforce as we go forward," said Corbould.

After the meeting, the mayor said he was "reassured" hearing tickets are being issued later on.

"For people who are fomenting discontent and deliberately undermining and flouting public health rules and attracting attention to these fringe causes, that they are being held accountable – not always in front of a bunch of cell phones placed to amplify the message and the cause – but in the fullness in time," said Iveson.

Coun. Scott McKeen said he's heard from constituents who are "afraid for their lives" when someone without a mask gets on city transit.

He suggested the city release weekly enforcement numbers "to let the public know we're serious in protecting their health."

"I just think the days of warnings and education are over almost one year into this," said McKeen.

City administrators said council's concern had been noted and they would consider how to take "a harder line on communicating consequences."