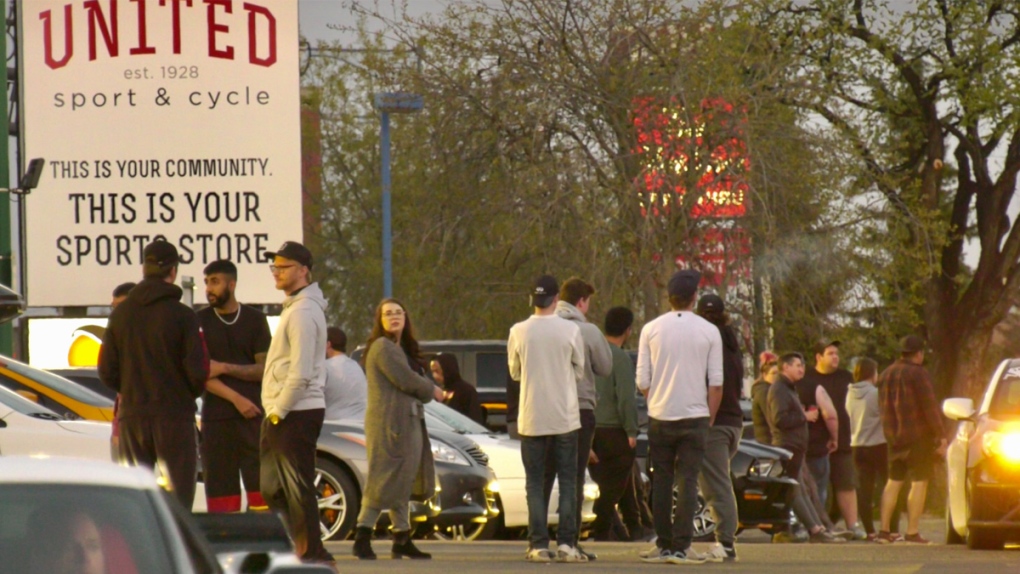 EDMONTON -- Following a story from Thursday, a group of car enthusiasts have decided to move their gatherings from United Cycle on Gateway Boulevard to the Fort Edmonton Park parking lot.

The move in location came after they heard that a representative of United Cycle, Kelly Hodgson, said he wanted them to find a new location.

A spokesperson for the group of car enthusiasts who goes by “Subpargarage” on Instagram spoke with CTV News Edmonton.

“We aren’t trying to step on anyone’s toes and we want to hold our car meets in a way that won’t disturb others.”

He added that the people attending the meetups are currently using social media to organize, but as time goes on and restrictions are lessened, people will move back to United Cycle on their own.

“United Cycle has been the common spot for most car enthusiasts over the years and we want to respect them now so we will be allowed to come back after things settle down”.

Subpargarage also addressed the issue of the lack of physical distancing being displayed at the meetup on both Wednesday night and Friday night:

“People are going to choose whether or not they want to follow the rules regardless of if we throw our meets. However we would like to applaud those who have followed the rules and are staying in their cars during the meets as intended.”