'We need to be concerned': Rising temperatures lead to early fish kill in Alberta waters

Following a recent spike in hot temperatures, hundreds of dead fish have reportedly been spotted in various lakes and rivers in Alberta.

Due to a combination of extremely high temperatures and slow flows, Darryl Smith, the provincial fish chair for the Alberta Fish and Game Association, says summer kill has arrived earlier than usual.

“Other people reported seeing a hundred dead on the shores, like on the beach just where they were swimming.”

“Trying to suck in as much oxygen as they can, and you can look at them and their eyes were basically popping out of their heads,” Thomas Muis, a local fisher at Muir Lake, added.

Smith said when he crossed Little Smoky River a week earlier, he looked down the river from the Highway 43 bridge and could see groups of fish kill all along the way.

“There was fish, actually dead fish in the water, you know moving with the water,” he recalled.

“Nature does things that we can’t explain. This could affect their overall sustainability.”

“I think we all need to be concerned,” he said. “Some of our fish populations will be really susceptible to this type of event.” 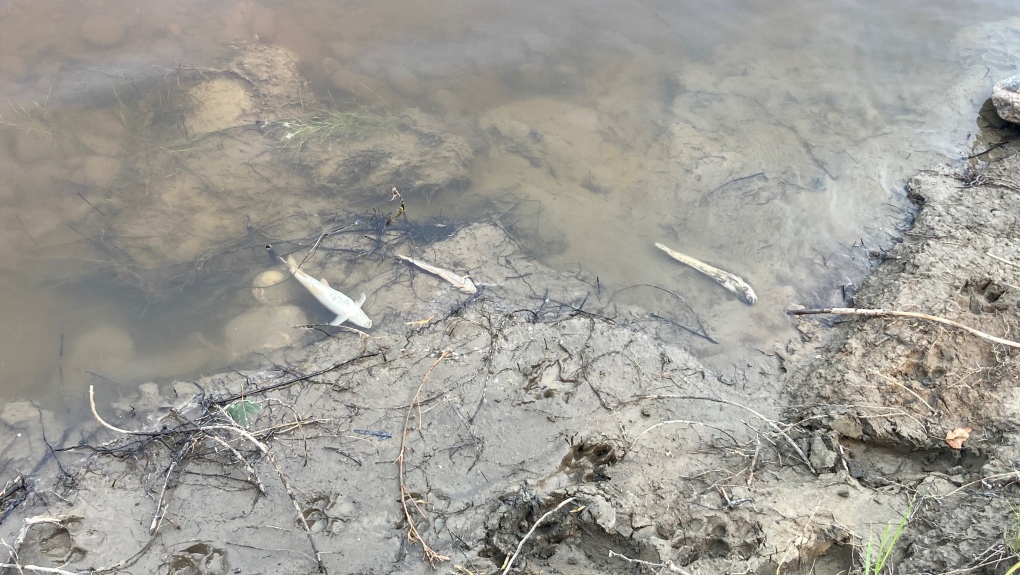 In order to help mitigate some of the effects of summer kill, Smith said it’s important to understand it and strategize future land use planning and earlier angling seasons.

A good dose of significant rain or precipitation would be very beneficial in getting more water into the rivers and streams. On top of that, Smith said cloud cover would also improve conditions for the vulnerable fish populations.

“I’m hopeful this is a one off,” he added. “But, I think in the future we should be prepared to see more of these.”

Warning of a potential new Cold War, the head of the United Nations implored China and the United States to repair their 'completely dysfunctional' relationship before problems between the two large and deeply influential countries spill over even further into the rest of the planet.