"And they just said, 'Look, we've got good news.' So we met with the police, three detectives came around. And they told us that my daughter was in Portland, that she was under the care of the FBI," the father, whom CTV News is not identifying to protect the identity of his daughter, recounted Tuesday morning. "It was surreal, my legs buckled, I couldn't believe it. It was honestly as good as the day that she was born. So we booked flights and we were at the airport within an hour."

Noah Madrano, 40, was charged with kidnapping, rape and sexual abuse by the District Attorney of Clackamas County Tuesday afternoon, court documents show, and bail was set at US$500,000.

His next court appearance is scheduled for July 12 for arraignment on indictment. 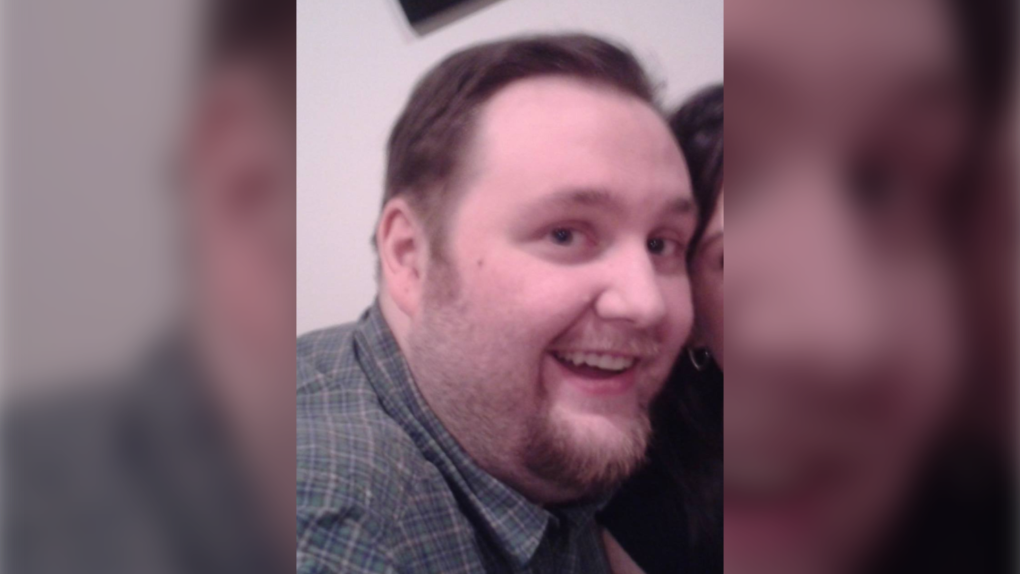 Noah Madrano, 40, was arrested in Oregon, United States, after an Edmonton teen was missing for more than a week. (Source: Facebook)

The Clackamas District Attorney told CTV News the U.S. government is expected to lay more charges, and the Edmonton Police Service said the accused would be charged with child luring.

"We feel really confident that he will not be released on bail at this point and we really hope that he's not," the victim's father said. "We've been reassured that they will be pressing for him to stay behind bars."

'THE REUNION WITH HER WAS AMAZING'

The father said the FBI brought his daughter to the family's hotel room.

The girl, not the most "overly affectionate person" according to her father, hugged her parents "pretty hard."

"It was a lot of tears, a lot of hugging," he said. "The reunion with her was amazing."

The father said they're doing OK and enjoying spending time together with family and friends.

"We're all really shaken up by this. It's quite surreal. But again, we're surrounded by so many people right now."

The victim's father says the accused spoke with his daughter on multiple online platforms.

"What I can say is that this happened, what my daughter thought was innocent conversations turned very sinister online," her father said.

"Unfortunately my daughter was that target. She was lured by this individual."

On Saturday, EPS said it believed the accused came to Edmonton and then spent a number of days in Mission, B.C., with the victim before they crossed the border.

During the nine days of her disappearance, family and friends searched for the victim across Edmonton and put up hundreds of posters.

Her father believes those efforts and online attention bought police time to investigate, and ultimately, find her.

"She saw her face, she saw the coverage, she saw myself and friends and family on the news report, on Facebook, looking for her," he said. "I strongly believe that is why there was such a delay in her crossing the border. She was hunkered down in certain areas, they couldn't move and that's why that was so important. He had intentions for my daughter, and I truly believe that with the help from the public and all the businesses and the media, stopped this happening and really delayed it enough time that police had time to find her."

He now urges parents not to let their guard down and emphasizes the internet is a "very dangerous place."

In a statement, the family of the accused said:

"No words of ours will ease the trauma that the young victim and the victim's family have endured. If such words existed, we would offer them with all the sorrow and anguish that fills our hearts. Our greatest hope is that this young person and their family are able to heal, through a combination of time, support, and love.

"We love Noah unconditionally, which includes loving him even through the most unthinkable of acts. Our love does not mean that we condone, excuse, or minimize these acts—vehemently, we do not. There is no excuse for harming a child. We ask for our privacy to be respected so that we may begin to process these events."

Aid shipment to Afghanistan cancelled due to anti-terrorist law

Two containers of food bound for Afghanistan have been cancelled by a Canada-based aid agency because of a law banning any dealings with the Taliban.