'We're in a crisis during a pandemic': Albertans talk about overdose deaths 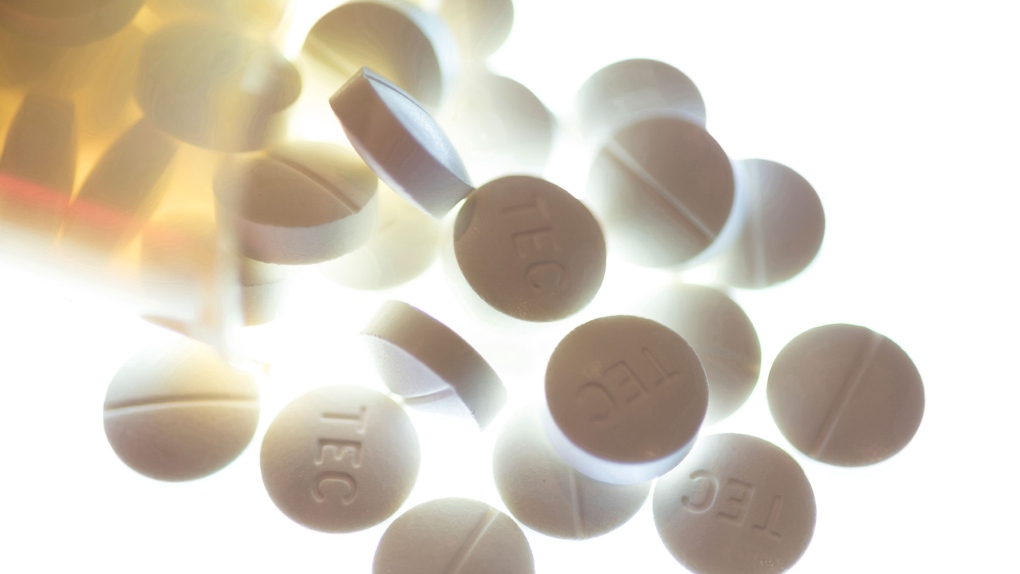 Wanda Plain Eagle was picking up her best friend to help her arrange her son's funeral when she came face-to-face with the opioid crisis in Alberta.

She honked her horn to let her friend, whom she affectionately called Sissy, know that she was outside her house in Brockett, the Piikani Nation's main community in southern Alberta.

“She wasn't coming, so I went in,” Plain Eagle recalled during a recent interview with The Canadian Press.

As she walked in the front door that August day, she said: “'Sissy, we're going to be late.”'

Plain Eagle looked at the couch and saw her friend. She pulled Sissy off, started performing CPR and yelled out for someone to call 911.

“I knew she was already gone.”

The 44-year-old mother of seven children - Plain Eagle asked her friend not be named - was one of hundreds of opioid overdose deaths in Alberta this year.

Alberta Health reported 449 deaths from apparent unintentional overdoses during the first six months of 2020. Some 301 of those deaths occurred between April and June. Data has not yet been provided for the second half of the year.

His grandmother, Myrna Red Young Man, said he had been sexually assaulted and was carrying a lot of pain in the months before his death.

“He was trying to find comfort and someone to talk to,” she said.

Red Young Man said the family was making final arrangements for his funeral when word came that Brent's mother had fatally overdosed.

She said she believes her daughter-in-law turned to drugs to cope with her son's death.

“We had to make a double funeral.”

The family doesn't know the official cause of Brent's death, but Red Young Man said she knows her grandson was using drugs as he tried to cope with the sex assault.

“I told him I would get him some help,” she said. “But because of this COVID, it's been hard.”

Experts have said the COVID-19 pandemic is playing a role in overdose deaths, which have grown in communities across the country this year.

An update released by Health Canada Wednesday said there have been 1,628 apparent opioid toxicity deaths between April and June, the highest quarterly count since national surveillance began in 2016.

The report said Western Canada continues to be the hardest hit, but the death rate has also risen in Ontario and other jurisdictions. At least five provinces and territories have observed record-breaking numbers of deaths from April to June, said Health Canada.

Elaine Hyshka, an assistant professor in the School of Public Health at the University of Alberta, said the main factor has been a disruption of traditional supply lines for the illegal drug market because of border closures.

“People have had to scramble to access drugs,” she said. “There is - and continues to be - a high demand for opioids and other substances in the community.”

Hyshka said the drug market was already highly toxic - and it has become even more volatile this year.

“People are not able to predict potency when they purchase illegal drugs and, as a result, they are running into trouble.”

Hyshka said COVID-19 precautions and public health measures have also made it more difficult for people to get help through supervised consumption sites, outreach and addiction services or general health care.

A report released by the province last December showed First Nations people in Alberta had disproportionately higher rates of opioid use.

“The age range tends to be a little wider, including older people, and also more women overdose among First Nations,” explained Hyshka.

The report said First Nations people represented six per cent of the population, but accounted for 13 per cent of all accidental opioid poisoning deaths from 2016 to 2018.

Several members of the Piikani Nation believe the opioid crisis has only worsened during the pandemic.

Dianna North Peigan said she lost her youngest son, Rudy, to an accidental overdose in June.

“I went home and found him,” she said. “I didn't know the extent of what he was doing.”

North Peigan said it's been a difficult time.

“I wish it upon nobody to find their son like that,” she said. “He had so much potential.”

She and other members of the First Nation said there have been way too many overdose deaths.

Lori Vrebosch Pratt, who lost her son to an overdose two years ago and has been helping the other women deal with the latest deaths, said the community is deeply shaken.

“For anybody whose been through the loss of a child or the loss of a loved one, you know how it feels,” she said. “I don't think there is a single family left here now that hasn't been touched by the death of a person via an overdose.

“It's absolutely devastating and it's only getting worse, not better.”

“We're in a crisis in a pandemic,” added Plain Eagle. “It's saddening. It's heartbreaking.”

This report by The Canadian Press was first published Dec. 17, 2020.