EDMONTON -- The Antonov AN-124 is one of the biggest planes in the world.

“It’s wing span is actually longer than its fuselage. It has 24 tires,” said Tom Ruth, the President & CEO of the Edmonton International Airport.

“To put that in perspective, the amount of weight, if this were a passenger plane you could carry about 2,000 passengers,” said Ruth.

“You could carry 23 jumbo elephants on a plant of that size,” he added.

It typically touches down in Edmonton four to five times a year but Saturday marks the first time three of the massive cargo planes have been here at once. 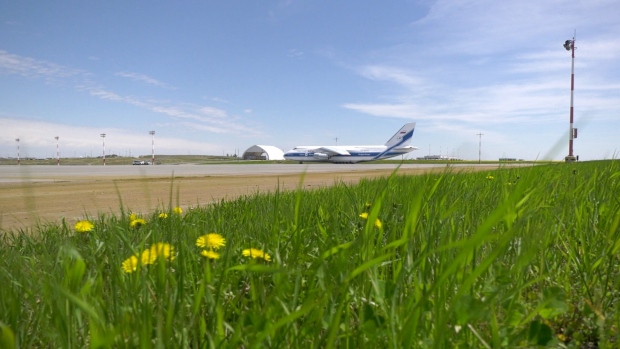 “The fact that we have three of these on the ground the same day just shows that we’re moving lots more air cargo,” said Ruth.

According to airport officials, air traffic is down 95 per cent world-wide and 90 per cent of the airports revenue comes from passenger travel. Ruth said air freight has increased at the EIA about 7 per cent in the first quarter of 2020.

“It’s a bit of a bright spot for us at a time that we’re in this long temporary down turn on passenger travel,” Ruth said.

He said Edmonton is becoming known in North America as an air cargo hub. 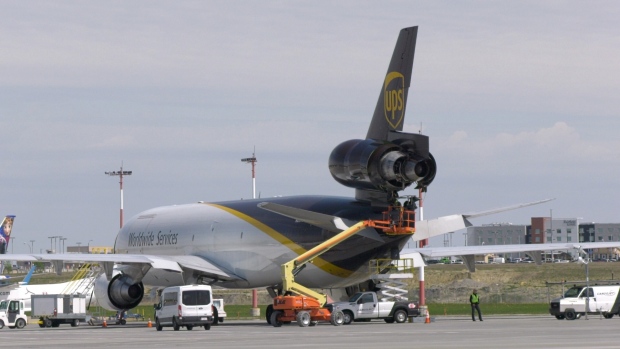 “We’ve seen this continuing growth with air cargo particularly this year. Even with the down turn we have with the pandemic our air cargo numbers are up even though globally they’ve been down,” he said.

Ruth said every cargo plane, no matter the size, that moves through Edmonton means jobs.

“These international cargo flights create huge economic impact for our region. It’s absolutely vital because that will help stimulate the economy.”

Officials are not allowed to disclose what the Antonov 124 was carrying, but said there’s a lot of personal protective equipment and e-commerce coming in and things like e-commerce and agricultural goods going out.