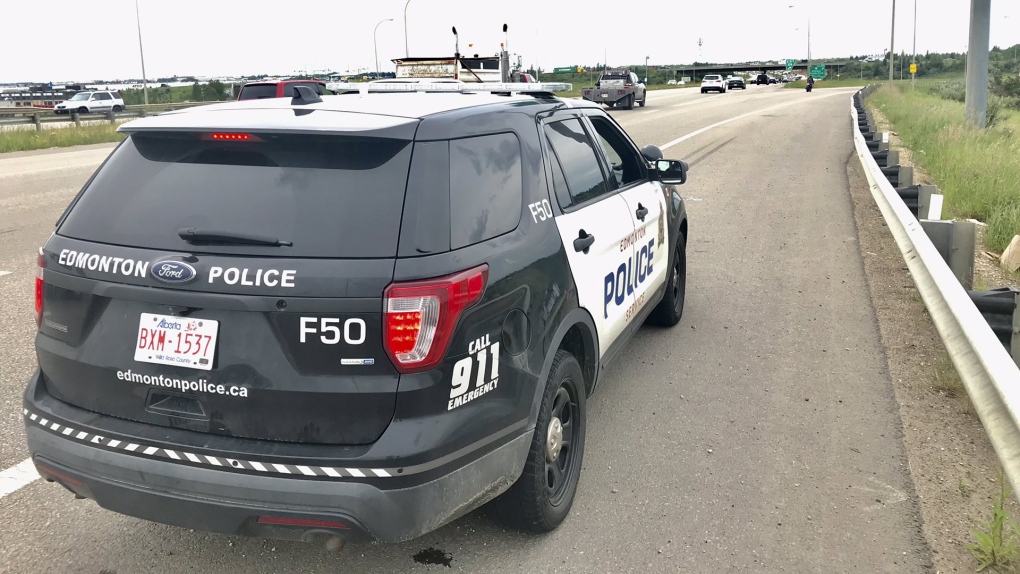 Police were called to the Yellowhead Trail and 184 Street for a weapons complaint on July 9, 2020. (Sean Amato/CTV News Edmonton)

EDMONTON -- Police are releasing few details about an incident that happened on the Yellowhead on Thursday afternoon.

It happened during rush hour at 184 Street.

An Edmonton police spokesperson described the incident as a weapons call.

Police smashed the window out of a minivan.

Traffic was tied up on the Yellowhead while police were on scene, but the road has since been cleared.