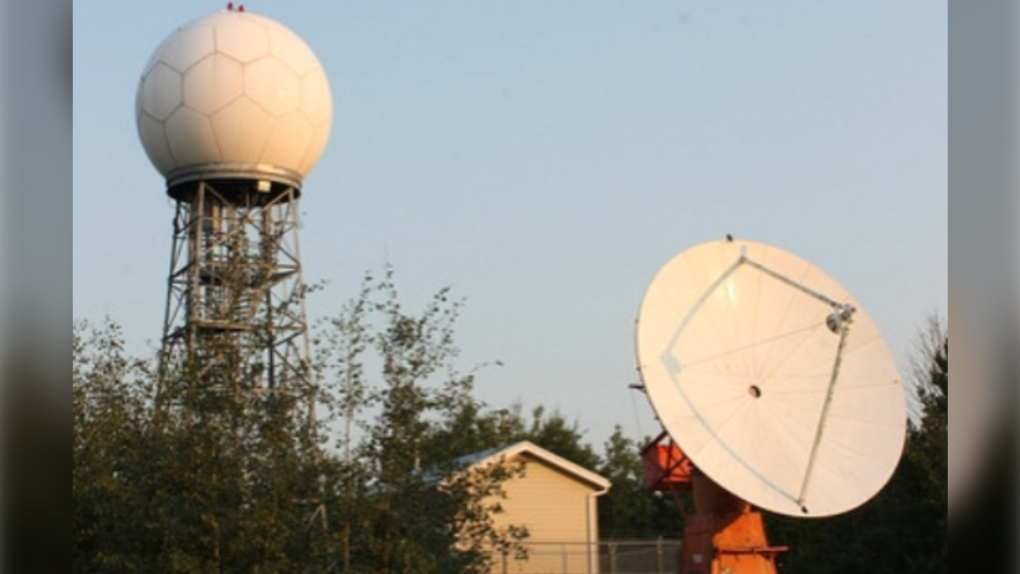 Edmontonians haven’t been able to watch the snow roll in on radar for a while and it’ll be several months before the area radar goes back online.

The weather radar at Carvel, west of Edmonton, was taken offline for a major upgrade in September.

At that time, Environment & Climate Change Canada pegged mid-December as the expected completion date. However, that has now been pushed back to February thanks to supply chain issues.

“Important components necessary for the completion of the Carvel radar site were delayed due to supply chain issues. These components have now been shipped to the site and the contractor has resumed work on the radar. However, due to the interruption, data from the new radar may not be publicly available before February 2022. In anticipation of this radar outage, four nearby radars (Strathmore AB, Spirit River AB, Cold Lake AB, Radisson SK) have had their range extended from 240 km to 400 km to provide meteorologists with additional radar data in this area.”