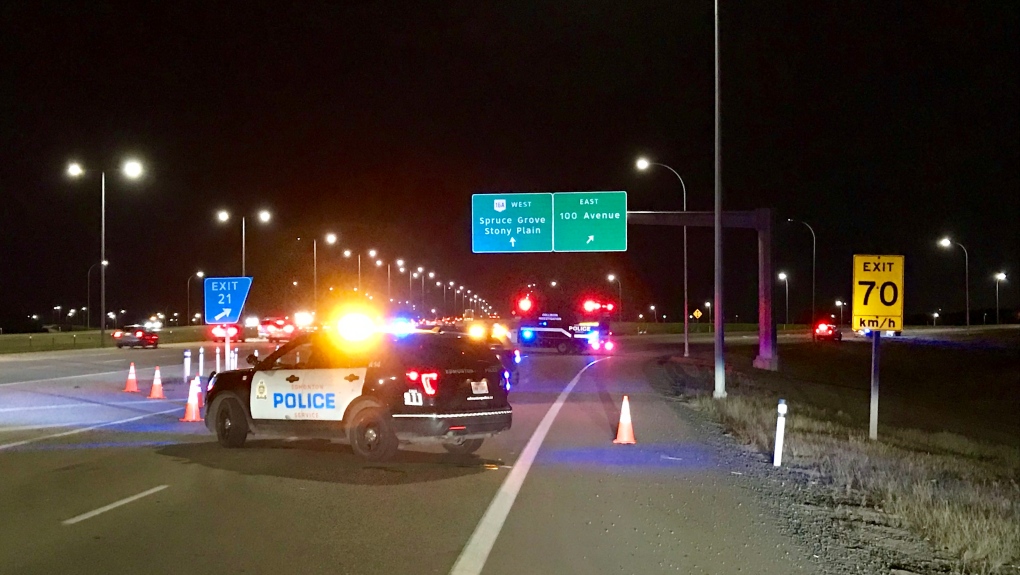 One man was taken to hospital Sept. 19 after his pickup rolled on the Anthony Henday Drive offramp for 100 Avenue eastbound and Highway 16A westbound.

A man was rushed to hospital Thursday evening after rolling his pickup on an Anthony Henday Drive offramp, closing it for several hours.

The single-vehicle crash happened at 6:30 p.m. on the offramp for 100 Avenue eastbound and Highway 16A westbound.

The man was driving alone at the time, and no other vehicles were involved, Edmonton Police Service confirmed.

Acting Staff Sgt. John Rosser said the extent of the driver's injuries was unknown and the offramp would reopen when MCIU officers had completed their investigation.