Dozens of players competed in the largest quidditch tournament in western Canada on Saturday at the Edmonton Rugby Football Club.

The muggle, or real-life version, has two teams of seven players with a stick between their legs trying to score points by throwing a quaffle, a volleyball or soccer ball, through one of three hoops.

Meanwhile, bludgers are trying to tackle or throw a dodgeball to ward off scoring runs. Near the end of the match, the snitch makes an appearance and seekers try to catch the golden ball to win.

The first team to thirty points wins, or the play ends if a team successfully catches the snitch.

"In real life, it's kind of like a mixture of handball and rugby and dodgeball," said Anthony Tabacchi, who has played the sport for seven years.

"The big difference between Quidditch and a lot of other ball sports is that dodgeball component because at any time you are on the pitch you are playing your time could be over for that round," Tabacchi added.

Josiah Johnson and a couple of his friends made the 21-hour drive from Salt Lake City to participate in the tournament.

"There's so many ways to impact the game," he told CTV News Edmonton. "It's just fun to play, whether or not you like to read the book."

Cayley Mendoza, the Edmonton Aurors Quidditch Club acting tournament director, said since the game was first created at Middlebury College in Vermont 12 years ago, it has evolved past its magical roots in the Harry Potter universe.

"I know our old head coach of our competitive program did not like Harry Potter at all," Mendoza said. "I was a Harry Potter fan as a kid, I think like a lot of us out here. But what I learned pretty quickly when I started playing this sport is completely different and I love it for what it is."

The mixed sport has a gender maximum rule where only four people of the same gender identity can be on the field at the same time.

"We are really trying to explicitly carve out space for every person, especially people who are often marginalized by a lot of traditional sports to have a place on the field," Mendoza said. 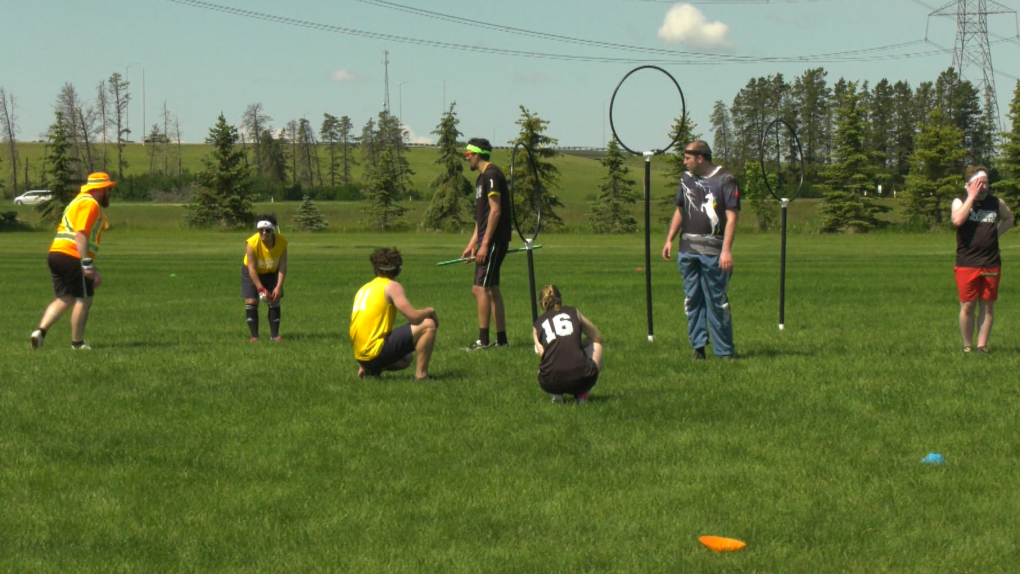 "Once I got going, I found this incredibly inclusive welcoming community of people, both nerds and athletes and everywhere in between," said MJ McGraw, who has played the sport on and off for around 10 years.

"The community is what made me stay," McGraw added. "It's fast-paced, it's high energy, it's a lot going on so you never get bored for sure."

Jon Golla, who has played since 2015, said the inclusive aspect of the sport is the best part.

"The sport itself is crazy just cause it's got so much going on," said Jon Golla. "A lot of higher-level thinking than anything I've ever done before."

"We will all play against each other and we will all be competitive with each other on the pitch but then after we are all hanging out."

A 12-year-old player in the Little League World Series is in critical condition after falling from a bunk bed at the players' dormitory in Williamsport, Pennsylvania, his team tells CNN.