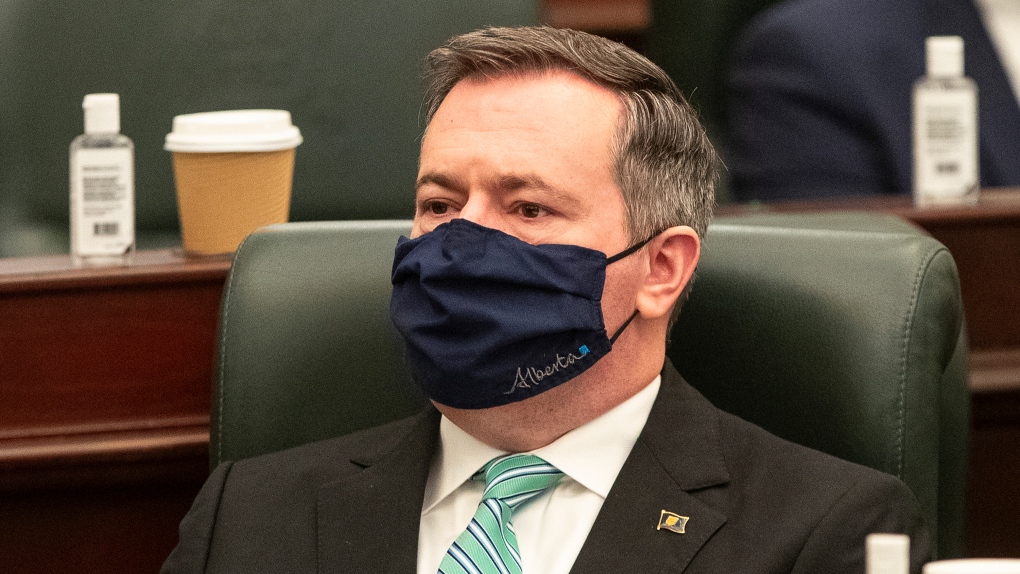 Alberta Premier Jason Kenney listens as the 2021 budget is delivered in Edmonton Alta, on Thursday February 25, 2021. THE CANADIAN PRESS/Jason Franson

EDMONTON -- A week after it received a cease-and-desist letter, the Western Standard has apologized to Jason Kenney and retracted the stories that alleged the premier and two ministers went to secret dinners in contravention of COVID-19 restrictions.

Published on June 9, the story cites unnamed elected representatives and senior staffers alleging Kenney took part in dinners at a downtown restaurant while indoor dining was banned by public health order. It alleged Alberta Health Minister Tyler Shandro and Environment and Parks Minister Jason Nixon had been there, too.

Derek Fildebrandt, publisher and former leader of the Freedom Conservative Party, told CTV News Edmonton in an emailed statement on June 9, "The Western Standard stands by its story. Our reporters did their due diligence in cross-verifying sources."

However, he fully retracted the stories on Thursday and apologized to Kenney, Nixon and Shandro.

"For our story, the Western Standard depended on multiple unnamed sources," Fildebrandt said. "While those sources are known to the Western Standard, we were unable to appropriately corroborate our sources' claims. What's more, we did not provide the subjects of our story a proper opportunity to respond to serious allegations. Our story should not have been published under these circumstances. We take sole responsibility for this," Fildebrandt said.