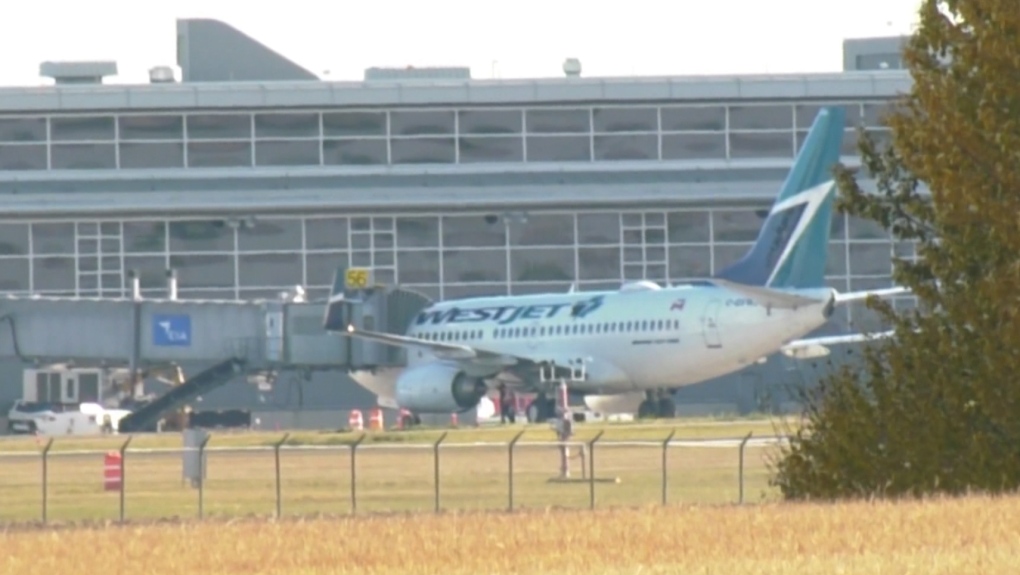 A WestJet flight carrying 59 passengers was forced to make an emergency landing at the Edmonton International Airport on Thursday morning after reports of flames from the engine tailpipe.

The Boeing 737-800 was travelling from Calgary to Fort Mackay, Alta.

A spokesperson with WestJet told CTV News Edmonton the engine continued to produce partial power and the aircraft managed to land safely.

"The crew had no engine fire indication," the spokesperson said in a written statement.

"The safety of our guests and crew are of utmost importance and we sincerely apologize to our guests for the delay and inconvenience to their travel plans. Our team is in the process of making alternative travel arrangements for the guests affected."

The spokesperson said the aircraft was removed from service for a maintenance inspection.