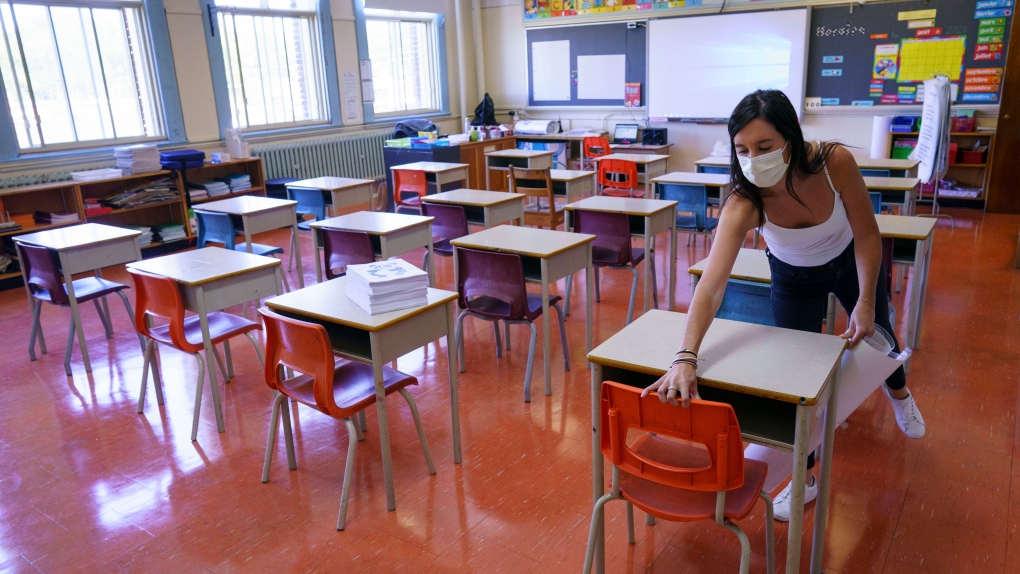 Teachers in the Wetaskiwin School Division voted 92 per cent in favour of asking the ATA to request a government-supervised strike vote on Nov. 12. (File photo: THE CANADIAN PRESS/Paul Chiasson)

EDMONTON -- Negotiations between teachers and the Wetaskiwin School Division have broken down again, according to the Alberta Teachers' Association.

Teachers voted 92 per cent in favour of asking the ATA to request a government-supervised strike vote on Nov. 12.

“We are not making unreasonable demands; we just want to be treated fairly," ATA Wetaskiwin Local No 18 President Morgan Spruyt said in a written release. "We are prepared to negotiate if the board is willing to engage in meaningful discussions—a work stoppage is a last resort.”

Teachers in Westaskiwin have been working without a contract for two years.

A mediator said the two sides were too far apart to reach an agreement on Nov. 5.

The union said they want to continue bargaining but insist the board is asking Wetaskiwin teachers to accept terms that are out of line with other agreements in the province, including substitute teacher compensation and personal leave.

The ATA can apply to hold a strike vote at any time. If members vote in favour, they could go on strike with 72 hours' notice.