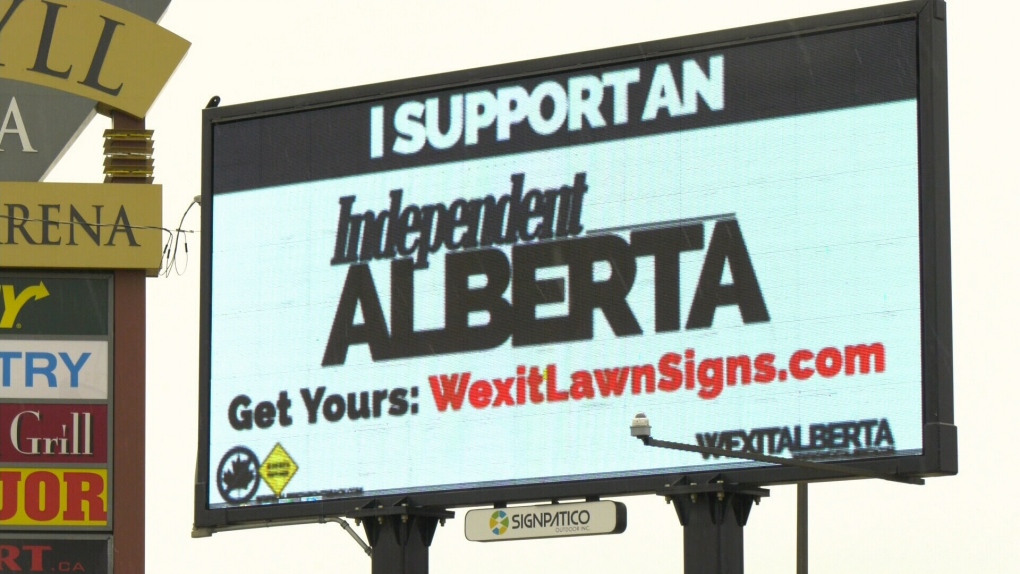 EDMONTON -- Alberta is the western province where Wexit has the most support, but the majority of the province and the rest of Canada are against separation, a new poll found.

Abacus Data polled 1,500 Canadians at the end of June and found Alberta, British Columbia, Saskatchewan and Manitoba largely remain against the prospect of leaving the confederation.

Separation has the most support in Alberta where 20 per cent think it is a "good idea," 26 per cent "could live with it" and 54 say it's a "terrible idea." 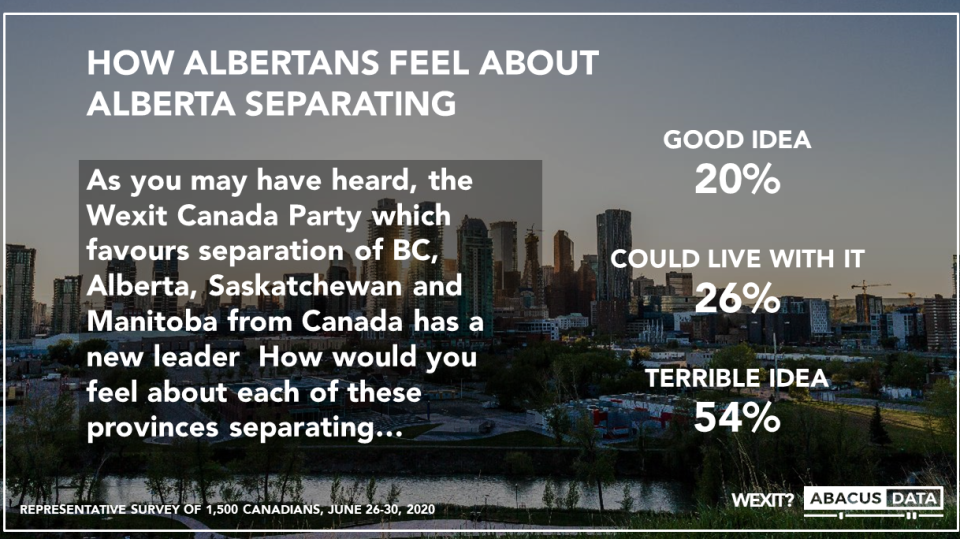 West of Alberta, 13 per cent of British Columbians are for separating, 16 per cent are indifferent and 71 per cent are against it.

Overall, only seven per cent of Canadians think the four western provinces should separate — a number that increased to 11 per cent for Alberta alone. 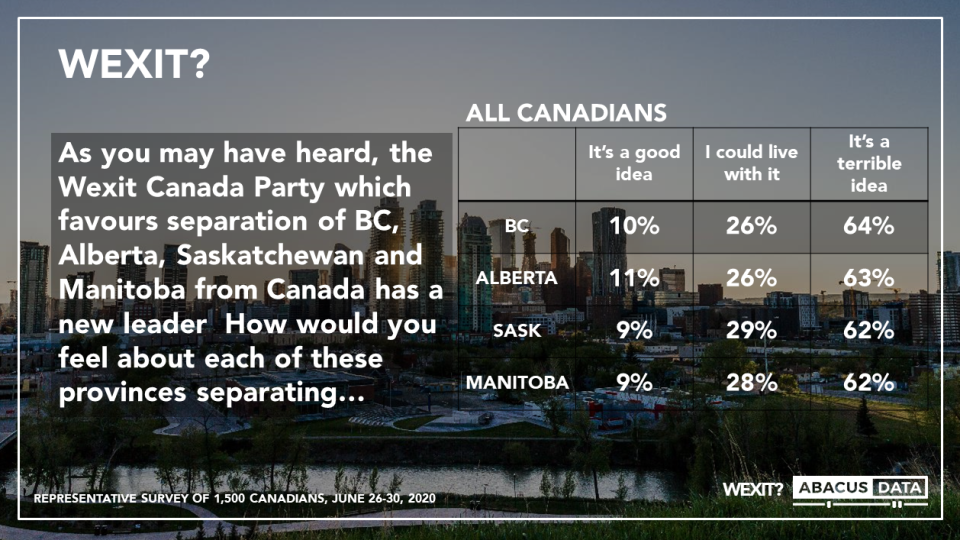 The large majority of participants who want separation voted Conservative in 2019, with 81 per cent of those respondents in western Canada. 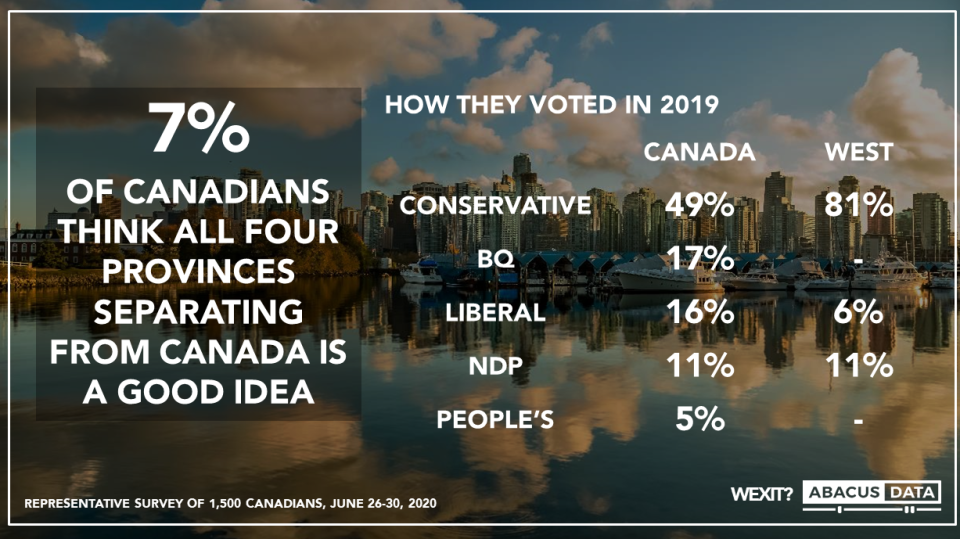 "Every vote he picks up hurts the Conservatives far more than any other party," researchers Bruce Anderson and David Coletto wrote. "The combination of a People’s Party, a Wexit campaign means the next federal Conservative leader will need to decide early whether to take a hard pro-Canada line against Mr. Hill’s effort or acknowledge the legitimacy of separatism in an effort to hold it’s base together.