Where to watch the Orionid meteor shower in Edmonton 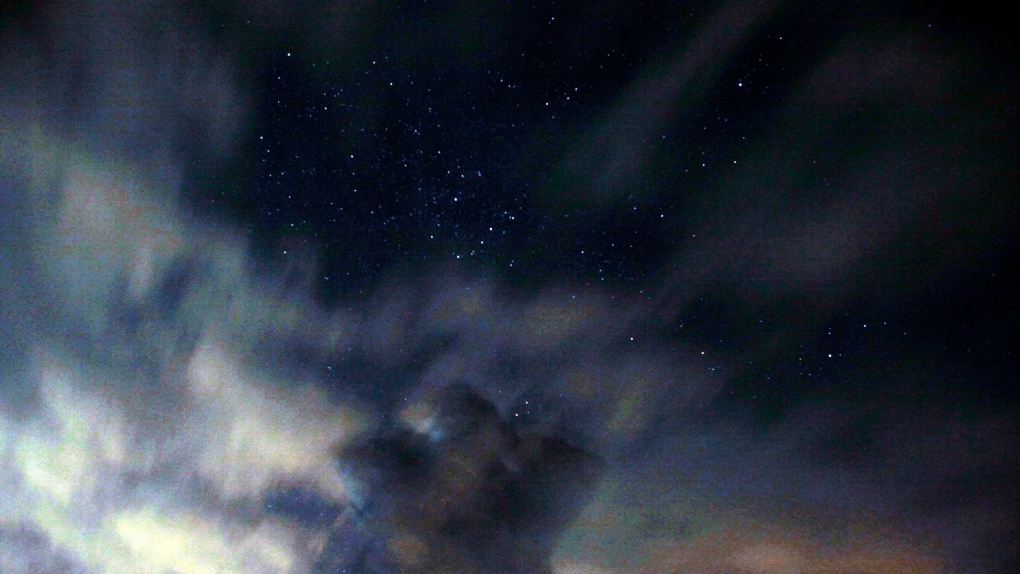 An astronomer observes the Orionids at an observatory near the village of Avren east of the Bulgarian capital Sofia, Tuesday, Oct. 20, 2009. (AP Photo/Petar Petrov)

EDMONTON -- Edmontonians can get a glimpse of the annual Orionid meteor shower when it peaks this week, a local astronomical society says.

The meteor shower occurs when the Earth passes through debris left by Halley's Comet. The result is a dazzling display of fireballs lighting up the night sky.

This year, the Orionids will peak in the morning hours of Tuesday, Oct. 22, according to Royal Astronomical Society of Edmonton president Geoff Robertson.

"To see them it's best to get out of the city, preferable to the south and watch," he said.

"The meteors will appear to be coming from the upraised club of Orion the Hunter, what is known as the radiant, but will go in all directions of the sky."

This image shows where to look for Orionid meteors in the Orion constellation. (Courtesy RASC Edmonton)

However, a waning moon could make it more difficult for celestial observers to see fainter meteors.

Robertson said Halley's comet only passes by Earth every 75 years or so. The last time it visited was in the mid-80s and it's scheduled to make a return in 2061.

While reports emerged of a bright blue-green flash in the sky Saturday at around 9:40 pm., Robertson could not confirm whether it was part of the meteor shower.

Anybody see a fireball in the sky in #yeg around 9:42PM? In Spruce Grove it looked like it was to the NE.

Just saw something burning up through the sky. Northeast to northwest. Green tail. Pretty awesome. Caught it on the dashcam but it only came up as a point of light. Too bad. #Edmonton #meteor

While it peaks this week, the Orionid meteor shower will remain active until early November.