Who is responsible for keeping the Alberta legislature safe? 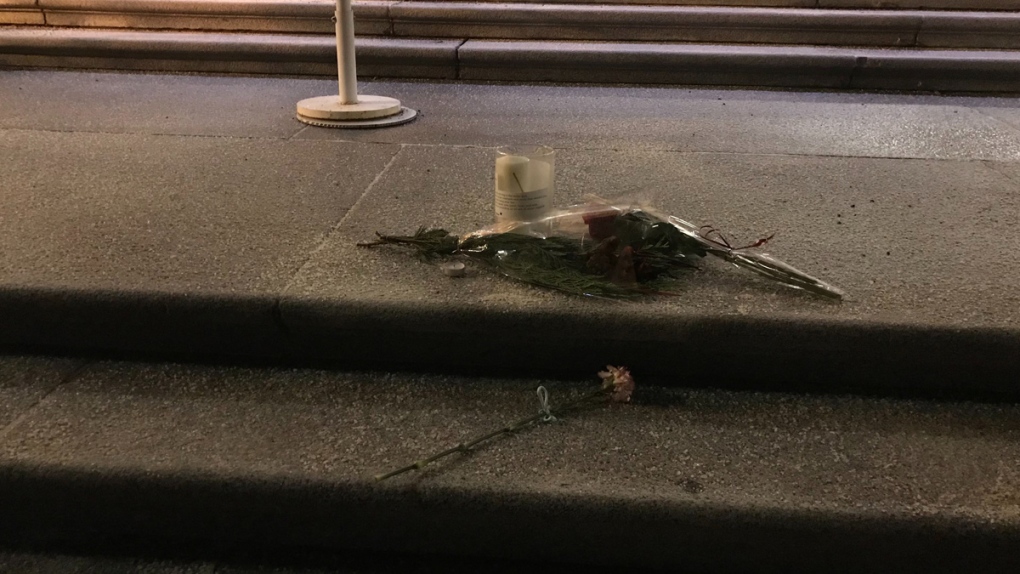 A candlelight vigil is being held Tuesday night to remember the victim that died outside the Alberta legislature on Monday, Dec. 2, 2019. (Sean McClune/CTV News Edmonton)

EDMONTON -- A day after a person died in a non-criminal shooting at the Alberta legislature, the provincial government explained who is responsible for keeping the building and grounds secure.

On Monday just after 3 p.m., there was an incident involving a firearm on the front steps, legislature staff and Alberta Sheriffs have confirmed.

A spokesperson for the Alberta Justice and Solicitor General said "sheriffs were stationed nearby, but did not have any time to intervene."

Sheriffs, who are responsible for security at government facilities, responded after the shooting, cordoned off the area and helped people enter and exit the building through the west doors.

Edmonton police and firefighters took over the scene a short time later.

"This event has, understandably, prompted questions about safety and security at the legislature and on the surrounding grounds," the spokesperson said.

The Alberta Justice and Solicitor General also explained that, given surrounding grounds are open for public use, Alberta sheriffs attempt to strike a balance between security and open access.

Monday's Question Period was adjourned early after the shooting, and the session resumed at 7:30 p.m.

A candlelight vigil is being held Tuesday night to remember the victim.