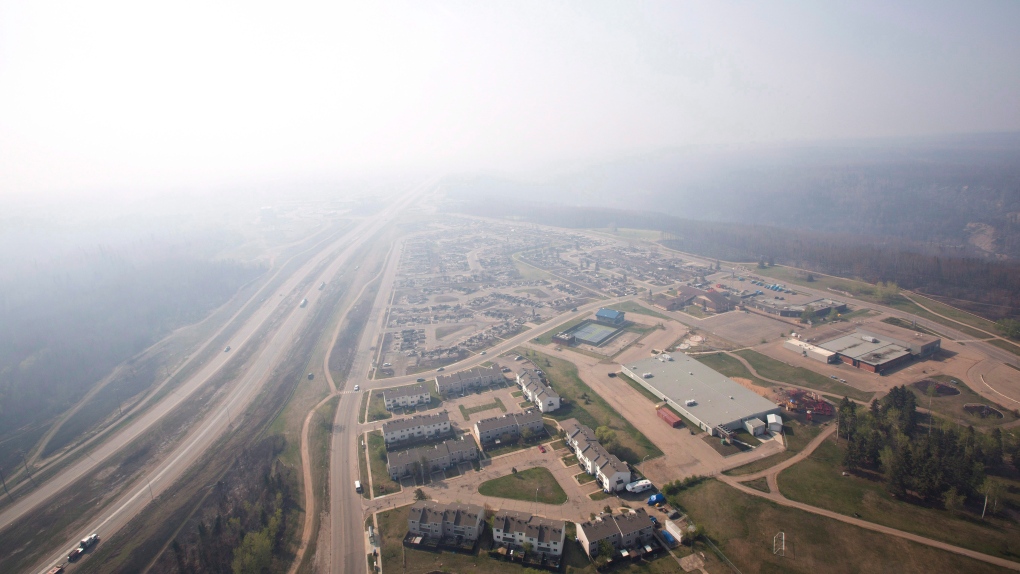 FILE - Smoke fills the sky from wildfires over Fort McMurray, Alta., on Friday, May 13, 2016 (THE CANADIAN PRESS/Jason Franson)

Officials with the provincial government released the latest on the wildfire in Fort McMurray, and said the fire continues to grow, while crews are about to get some relief from firefighters coming in from the U.S., South Africa, and elsewhere in Canada.

The province said late Wednesday afternoon that the wildfire conditions in northeastern Alberta remained high to extreme – but of the 15 wildfires burning in the province, the only one burning out of control is in the Fort McMurray area.

That fire is estimated to be at 566,188 hectares in size, including 4,600 hectares in Saskatchewan.

Throughout the province, there are 2,054 firefighters, 88 helicopters, 256 pieces of heavy equipment and 25 air tankers working to battle flames

In a press release, officials said wildfire crews from across the world were working to support firefighting efforts in Alberta: 280 firefighters from South Africa, 200 from the United States, 85 from Ontario, 44 from Quebec, 22 from New Brunswick, 30 from Northwest Territories, six from Saskatchewan, three firefighters from Newfoundland and three from Nova Scotia, and eight from Parks Canada.

The province also said ATCO has released a map outlining the status of restored electricity and natural gas services in the Regional Municipality of Wood Buffalo.

As for re-entry plans set for June 1, the province said those are still on track – this week, the municipality released an online booklet with details for evacuees planning to return to the community.