Wildfire near Tomahawk, Alta. at 50 per cent containment as of Monday

EDMONTON -- Fire crews in Parkland County are dousing hotspots of a wildfire near Tomahawk, Alta. that has been burning since Thursday.

Officials with Parkland County say firefighters are addressing hotspots within the fire perimeter and that warmer weather has sparked more fire activity following brief respite over the weekend in the form of rain.

The fire remains at 2,220 hectares but is approximately 50 per cent contained, firefighters said Monday.

Residents of Tomahawk have started to return home after evacuation notices were suspended on Sunday.

The 175 residents affected by the fire are now assessing the damage it has caused.

Officials do not have a total count of all the buildings that were burned by the flames. 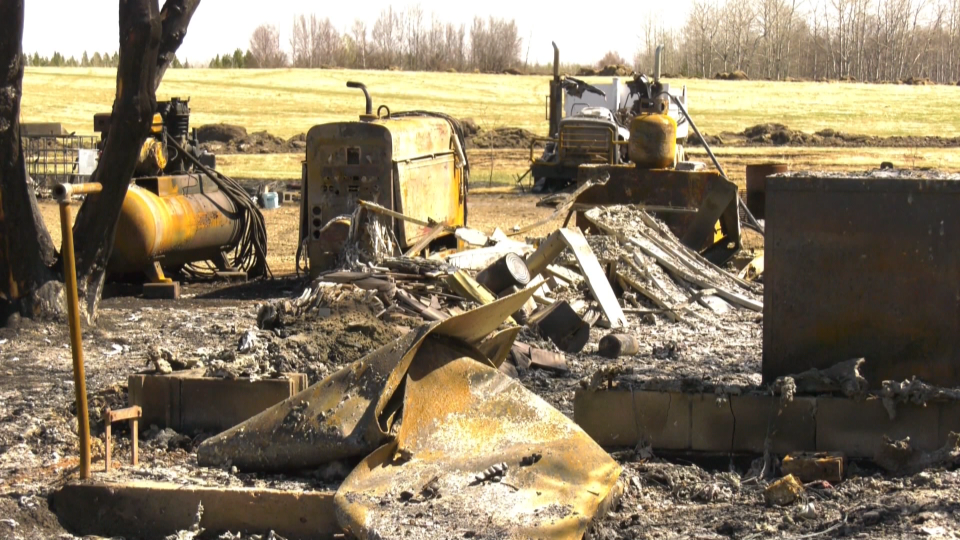 Residents have begun to return home after a wildfire ravaged over 2,200 hectares of land near Tomahawk, Alta. (CTV News Edmonton)

Ground crews are attempting to surround the active wildfire with fire breaks as air crews dump thousands of litres of water from the air.

“I’m helping out,” helicopter pilot Kevin Hickling said. “It’s just a little easier (for me) to get to some of the places where the guys can’t because there’s lots of swamp over there.”

Amber Coleman, deputy fire chief for Parkland County, said that the area is rich in peat moss which can smoulder for weeks or months. 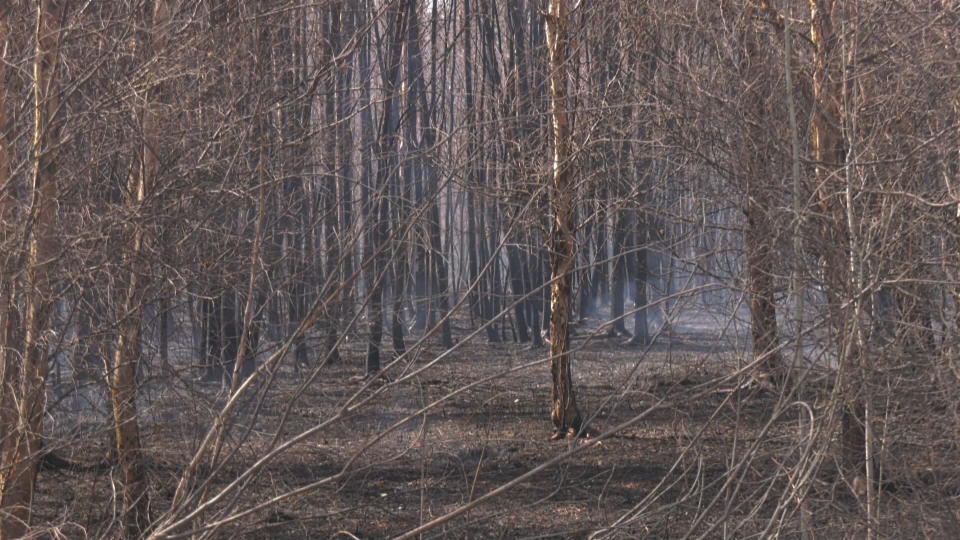 The peat moss in the ground continues to smolder Monday as fire crews continue to work to contain the active wildfire near Tomahawk, Alta. (CTV News Edmonton)

She added that while weekend rain helped firefighters, warmer temperatures for the next few days will make containment harder.

“It’s heating up again, so the moisture that we did get, that’ll burn off real quick,” Coleman said.

The deputy fire chief said crews will continue monitoring the fire for at least another week and that a local state of emergency still remains in effect.

A State of Local Emergency is still in effect and this area remains the scene of an active and large wildfire. In the event that conditions change an Evacuation Order may be re-issued and the evacuation process will re-commence.

“The one I know of for sure, she’s lost everything,” Leach said.

Leach has been accepting donations for fire victims at her liquor store and has been directing people to support a GoFundMe for the woman who lost her house that is a nurse with a three-year-old son.

“We’re trying to get some money and gift cards and stuff together for her for now, until she can come up with a list of what she needs,” Leach said.