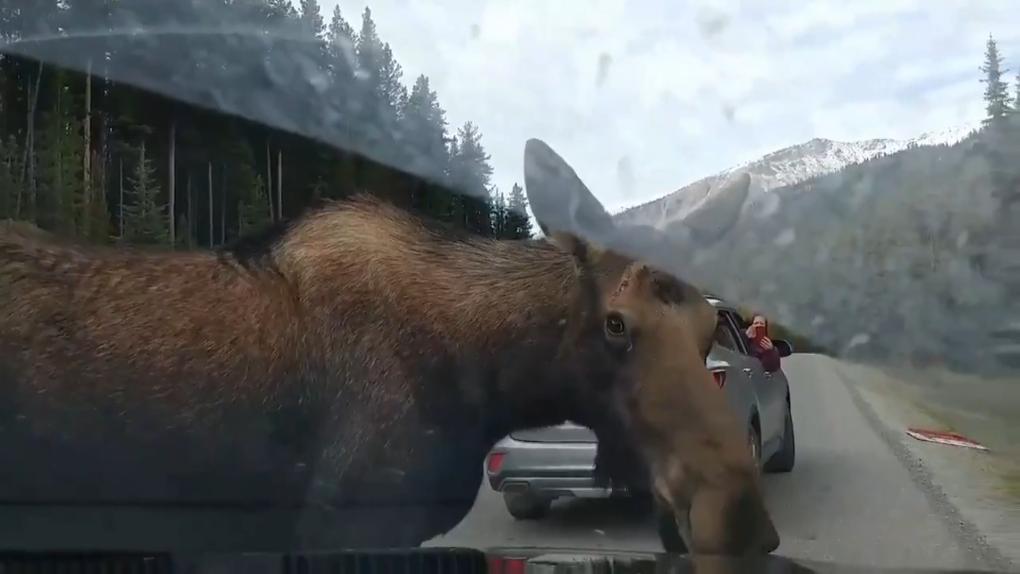 This June, for the first time ever, the Jasper National Park superintendent issued a restricted activity order requiring people to stay in their vehicle when encountering wildlife along highways in Jasper.

JASPER, ALTA. -- Jasper National Park has extended its new wildlife viewing restriction to the end of the year.

This June, for the first time ever, superintendent Alan Fehr issued a restricted activity order requiring people to stay in their vehicle when encountering wildlife along highways in Jasper.

The order restricts roadside wildlife viewing and bans people from being 100 metres of any bear, cougar, or wolf and 30 metres of any elk, moose, caribou, sheep, or goat except when completely inside a legally positioned motor vehicle.

Fehr issued the order in response to the high and growing number of human-wildlife conflict incidents in Jasper. It was extended in July to the end of August, and got a second extension on Sept. 3 to be in effect until Dec. 31, 2020.

“This was a trial run to see if it helped. It started off as a short term thing,” said Steve Young, spokesman for Jasper National Park.

“The results were promising, so the extension continued.

“Talking to law enforcement personnel and human-wildlife specialists, it has clarified everything very well for visitors, and they have been cooperative.”

Parks officials hope this order will help break a more than decade-long trend of increasing human-wildlife conflict incidents in Jasper.

And last year, 2019, had a record high 3,628 human-wildlife conflict incidents, 300 of which had human safety concerns, according to Jasper National Park's annual report.

Comments on Parks Canada and the Fitzhugh Facebook pages have shown a positive reception to the new restriction.

“There has been very, very little pushback from visitors,” Young said. “That's led to the success.”

Staying in your vehicle is a simple way to be safe and enjoy seeing an animal while giving it space at the same time, Young pointed out and added, “Clearly that combination works very well. Visitors want to see the wildlife. That's the allure of Jasper National Park.”

The restriction reduces the likelihood of motor vehicle collisions, ensures visitor safety, protects wildlife from disturbance and stress and reduces habituation of wildlife.

And it is fortunate the restriction has been received positively, for the most part, as if you don't adhere to the restriction you risk being charged under the National Parks Act, which requires a court appearance and comes with a maximum fine of $25,000.

Another consideration when it comes to wildlife-human conflicts is what happens to animals as a result of incidents, or if they become habituated.

“We do keep a record of animals involved in conflicts,” Young said, “and if we have a repeat offender, safety of the public is the number one priority and we'll have to take action.”

That includes relocating an animal, or scaring them away from an area.

“Putting them down is a last resort,” Young emphasized.

In addition to helping with the safety of both animals and people, the wildlife viewing restriction is a great tool for managing wildlife traffic jams.

In 2019, Jasper National Park wildlife guardians managed 395 wildlife traffic jams, the highest number on record in the park. Having the restriction in place, Young said, makes it simpler to remind people to get back into their vehicles.