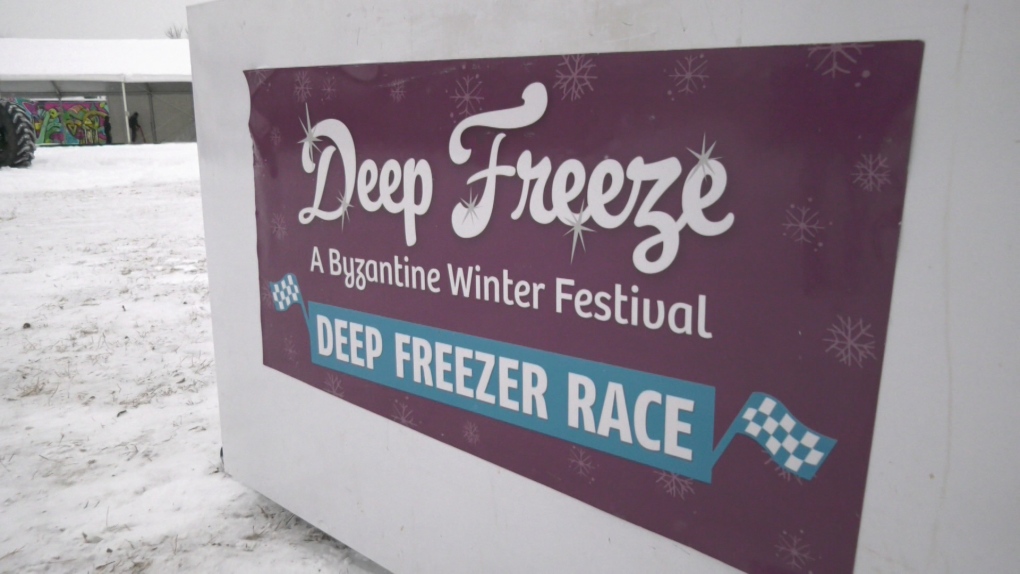 EDMONTON -- As Edmontonians brace for the first serious blast of winter for 2020, a long-standing frosty festival is preparing to launch its 13th celebration.

The Deep Freeze Byzantine Winter Festival is staged in the Alberta Avenue neighbourhood. Artistic director Christy Morin related how the genesis of the event was a group of friends many years ago bemoaning a frigid season.

“We we’re complaining about how cold it is and how we just wished it would be summer," she recounts. “And then we started talking around the table, going, 'We have some of Edmonton’s national (ice) carvers that live in our neighbourhood, maybe we should do something and celebrate the old new year, when it comes to the Ukrainian traditions and calendar.' It was really on a whim.”

That spontaneous idea grew to a festival now with over 500 performers as diverse as Ukrainian dance troupes, ice carvers, Francophone musicians, an Indigenous village, among many others.

One recurring participant in the festival, since 2009, is the Alberta Avenue Mummers Collective. The group showcases the ancient European theatrical tradition of mummery, an allegorical play with diverse characters, absurd, hilarious plots, designed to involve the audience in the production.

Actor Randall Fraser tells CTV News Edmonton there are some European communities that perpetuate a show for decades or longer. “Very often, families will hand down parts from generation to generation and the same play will be done in an area, in a region or neighbourhood for centuries, literally.”

With their modest 11-year tenure he enthusiastically exclaimed, “We’re just getting started, but we’re starting the Canadian tradition. And we hope that people will come down and start to own it themselves, and we can hand it off to them.”

A chilly forecast for the Deep Freeze festival gives validation to its name, but Christy Morin asserts the public shouldn’t be concerned with having to brave the elements to enjoy the event.

“The beauty about Deep Freeze is that we have indoor venues and exterior places to be," she says. “So if you want to come out and take in a pavilion and watch Shumka School of Dance, you can do that. And then afterwards, stand by a fire and listen to some stories by some Ukrainian artists or Francophone artists, and then head back to the community league and have some tourtiere or some pyrogies.”

Her best advice for preparation: “We encourage people to wear layers because you will be indoors and then you’ll be going outside, so that’s the best thing to do.”

Recent news of the tragic air crash in Iran with Ukrainian and Edmonton connections is also top of mind for the festival.

“It affects Edmonton, so most certainly we will be giving tribute both days to the tragedy that’s taken place," she says. “We’ll be talking with several of the Ukrainian leaders in the community, saying what can we do, how can we bring tribute, how can we be together in this time of sadness.”

The Deep Freeze Byzantine Winter Festival runs Jan. 11 and 12 and still has need for more volunteers. If you can offer your time or need details of the events, visit their website.