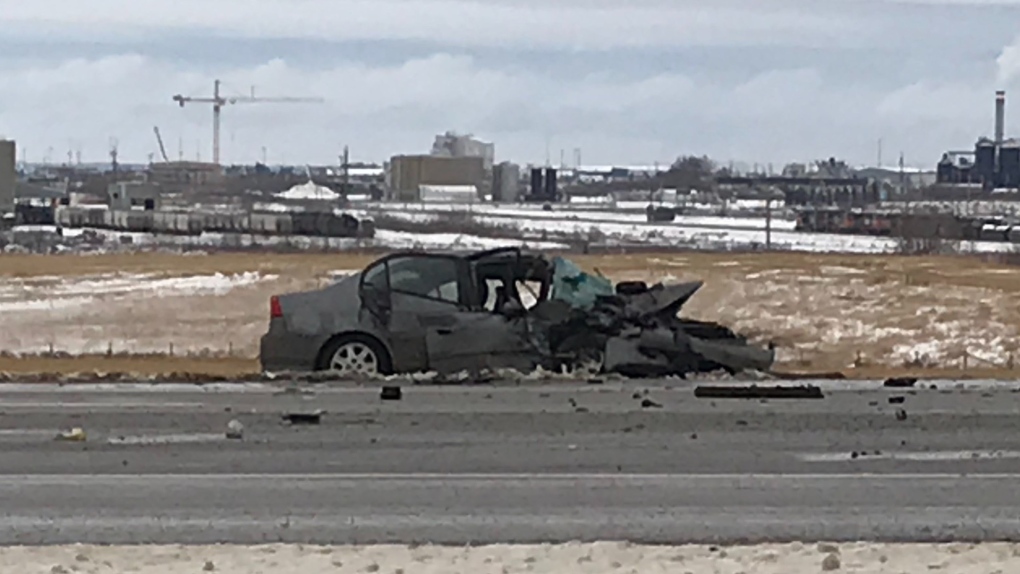 EDMONTON -- A 68-year-old woman is dead after a two-vehicle crash on Anthony Henday Drive Tuesday afternoon, Edmonton police has confirmed to CTV News.

Police believe the woman was driving her Honda Accord the wrong way when she collided with a Ford F-150 between Yellowhead Trail and Aurum Road at approximately 1:30 p.m.

The 43-year-old driver of the truck was taken to hospital as precaution, police said. There were no other passengers in either vehicle.

Speed or alcohol are not considered factors in the crash, police said.