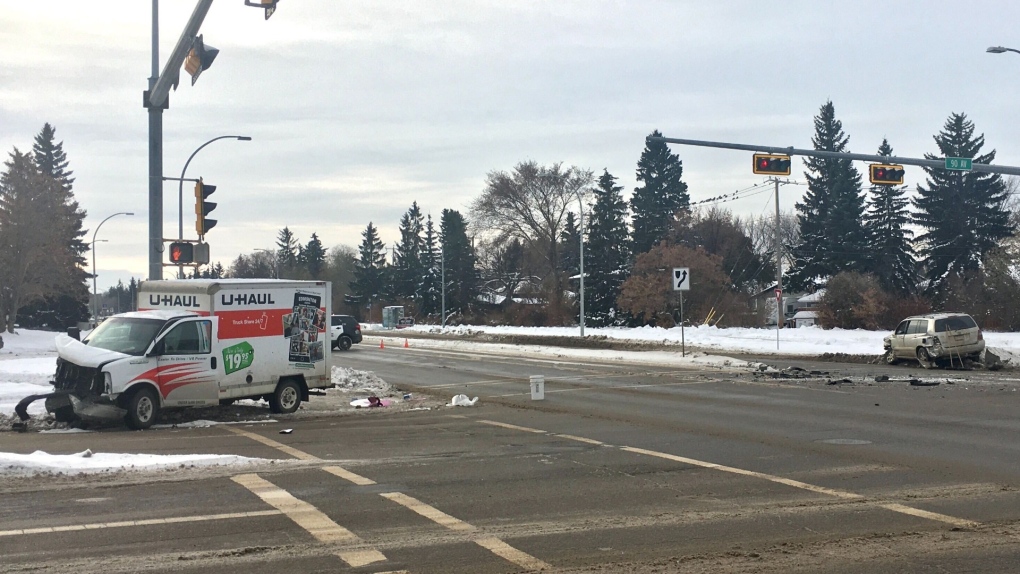 Police are investigating a crash between a U-Haul and an SUV in east Edmonton on Tuesday, Nov. 24, 2020. (CTV News Edmonton)

EDMONTON -- A woman accused of fleeing from police in a U-Haul Tuesday morning and causing a crash in the process faces several charges.

The 33-year-old Edmonton woman, Courtney Cheryl Lemke, was charged with dangerous operation of a vehicle, criminal flight from a peace officer, failure to stop after an incident and possession of a controlled substance, plus three counts of breaching conditions.

Police told CTV News Edmonton officers tried to stop the U-Haul after it was seen speeding through a school zone, but the driver sped away after being pulled over and approached by a police officer.

The U-Haul collided with an SUV at 75 Street and 90 Avenue.

Viewer video showed a woman running away on foot and somehow landing on the ground behind a police vehicle, hidden from the camera’s vantage point.

Police said she slipped on ice and hit her head on the pavement. It wasn’t clear if she was hurt.

The man who was driving the SUV sustained serious but non-life threatening injuries, police said.