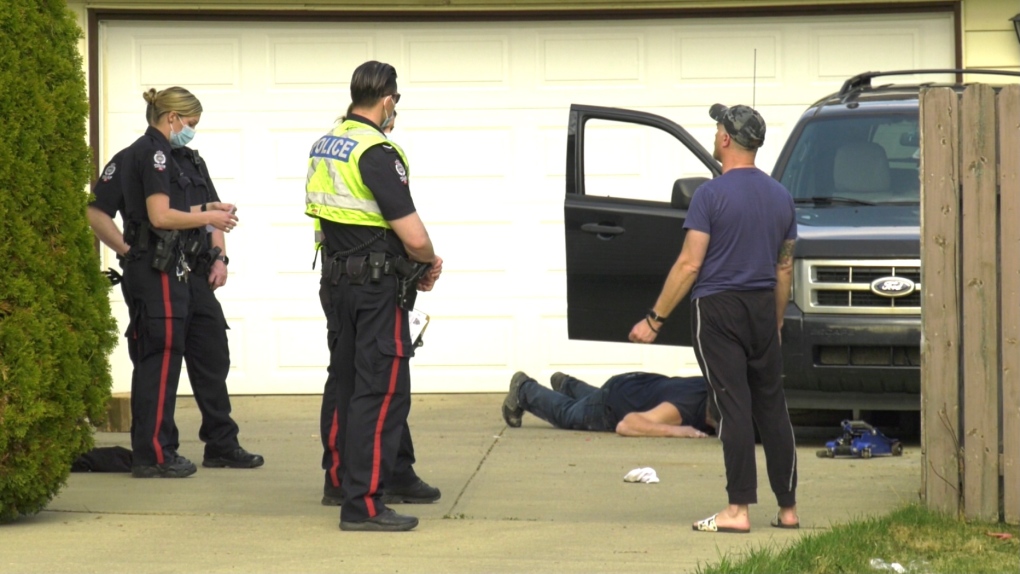 Two men describe a collision sequence to police after a woman was taken to hospital by paramedics. She later died of her injuries. May 12, 2021. (Sean Amato/CTV News Edmonton)

EDMONTON -- A 47-year-old woman has died after being run over and trapped by an SUV on a driveway in northeast Edmonton Wednesday.

Police said the SUV driver was backing up when the woman was struck.

Firefighters helped free the woman from underneath the vehicle and paramedics rushed her to the University of Alberta Hospital, where she later died.

The man driving the SUV was not injured.

Police believe the incident was an accident and not a criminal act. The residents of the home were cooperating with police, Sgt. Travis Cruise confirmed to CTV News Edmonton at the scene.

Two men could be seen explaining the incident to investigators and neighbours were being interviewed by police.

The EPS’ Major Collision Investigations Unit arrived around 6 p.m. and were expected to be on scene taking photos and measurements for several hours.

On Thursday, police said in a news release that no charges against the driver will be laid at this time and that their investigation has concluded.

No further updates were provided.