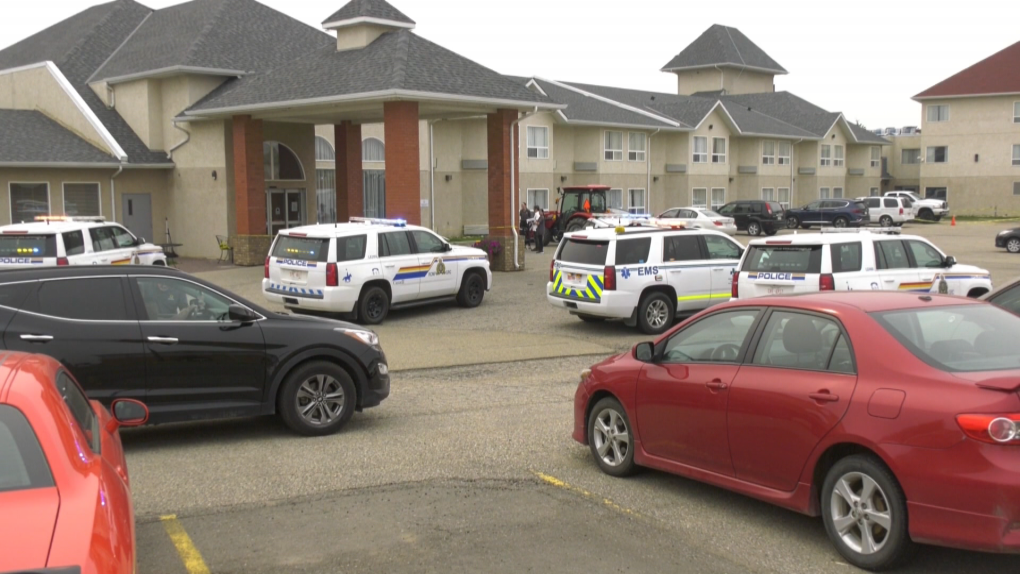 A Lac La Biche woman will be back in court later this week after a weekend assault in Leduc left a man dead.

RCMP, fire and EMS were called to a hotel on Sparrow Drive near Airport Road at around 3 p.m. on Sunday for a report of an aggravated assault.

They found a seriously wounded man, identified as 44-year-old Patrick Ford of Port Alberni, B.C., who died as a result of his injuries.

A female suspect was arrested at the scene.

Thirty-three-year-old Tyra Phillips is charged with second-degree murder, and will appear in Leduc Provincial Court on Aug. 19.

Police told CTV News Edmonton the victim and accused knew each other, and the incident was being considered an isolated event rather than random.

This report by The Canadian Press was first published Aug. 17, 2021.

Ghislaine Maxwell reported Brooklyn jail staff threatened her safety, prompting employees to place her on suicide watch, prosecutors said on Sunday, arguing there was no need to delay her sentencing on sex trafficking charges.