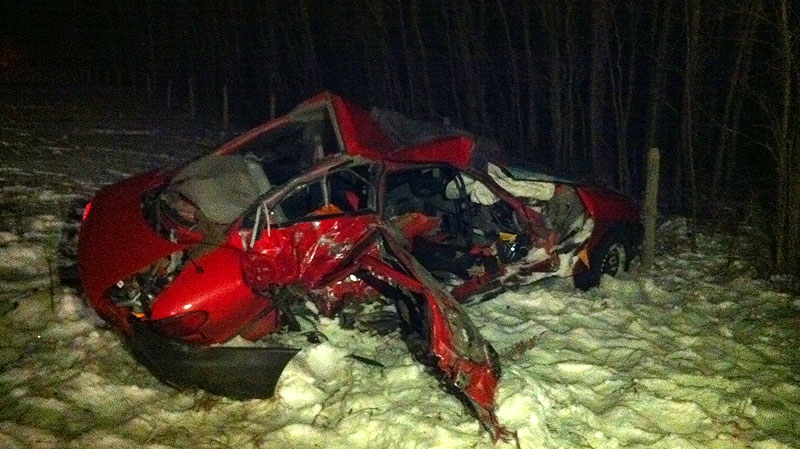 Three men died in a crash late Monday, February 20, on Range Road 40 and Highway 39. A fourth person was flown by STARS to hospital. Breton RCMP

RCMP have confirmed to CTV News a fourth person involved in a serious highway collision Monday evening has succumbed to her injuries.

Her passing comes days after the collision killed three others Monday night.

RCMP said the crash happened at about 7:30 p.m. Monday night, at the intersection of Highway 39 and Range Road 40, near Alsike.

Investigators said a small car was travelling south on the range road when the driver failed to obey a stop sign, and was broadsided by a pickup headed east on the highway.

William Saunders, 20, from the Edmonton area and Spencer Gustafson, 21, and Morgan Hetchler, 15, from the Breton area were pronounced dead on the scene.

The driver of the pickup was treated for minor injuries in hospital and released.

Police are still investigating the matter.