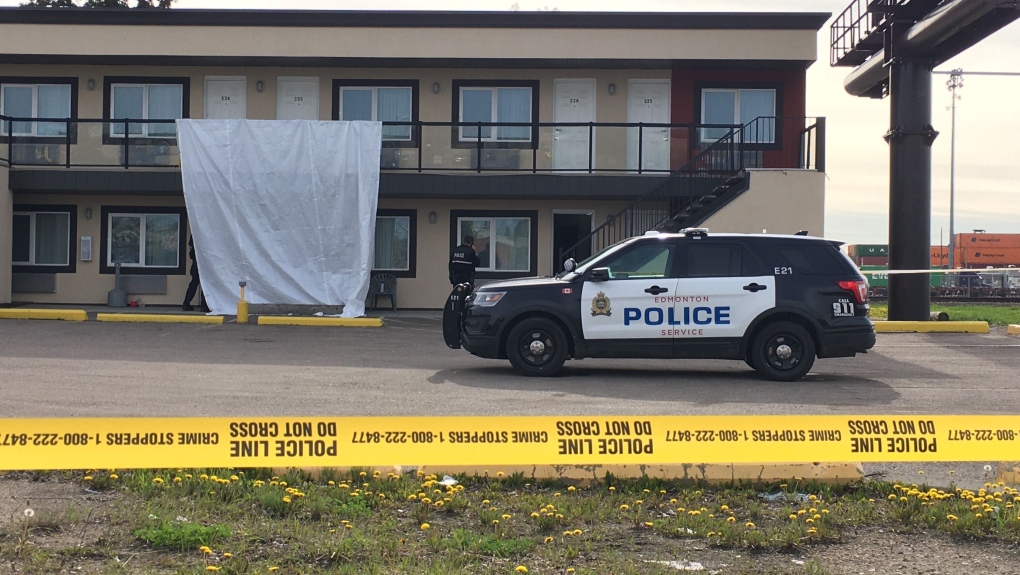 Police remained at a south Edmonton motel Monday morning after a person was found dead inside on May 24, 2020.

EDMONTON -- Police are calling a woman’s death at a south Edmonton hotel a homicide.

The victim was identified Friday as 48-year-old Lisa Arsenault.

The update in the case follows an autopsy; previously, Edmonton Police Service only called it suspicious.

Officers were called to the Royal Lodge on Gateway Boulevard and 38 Avenue around 8 p.m. on Sunday.

According to police, Arsenault was found dead by a staff member inside of a suite.