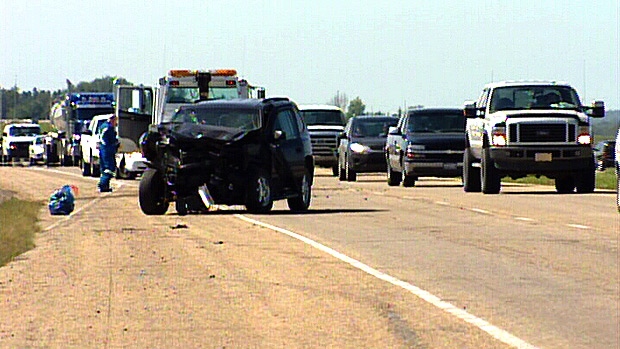 RCMP west of Edmonton are investigating, and traffic was affected for several hours, after a crash on Highway 16 sent three people to hospital.

On Monday just before 11 a.m. Spruce Grove and Stony Plain RCMP were called to a crash between a small SUV and a semi on Highway 16, east of Campsite Road/Jennifer Heil Way.

Police said as a result of the crash, the adult female driver was taken to hospital in Edmonton with critical injuries.

Two children were also taken to hospital, in stable condition.

As a result of the crash, police remained on scene investigating for several hours – which affected traffic.

"It's still under investigation," Cst. Janine Peter said. "We have our analyst out here looking at the road markers.

"I can say that alcohol does not appear to be a factor."

By 4 p.m., RCMP reported the eastbound lanes of the highway were re-opened.