Wondering what to watch? Here are 12 great under the radar movies from 2019 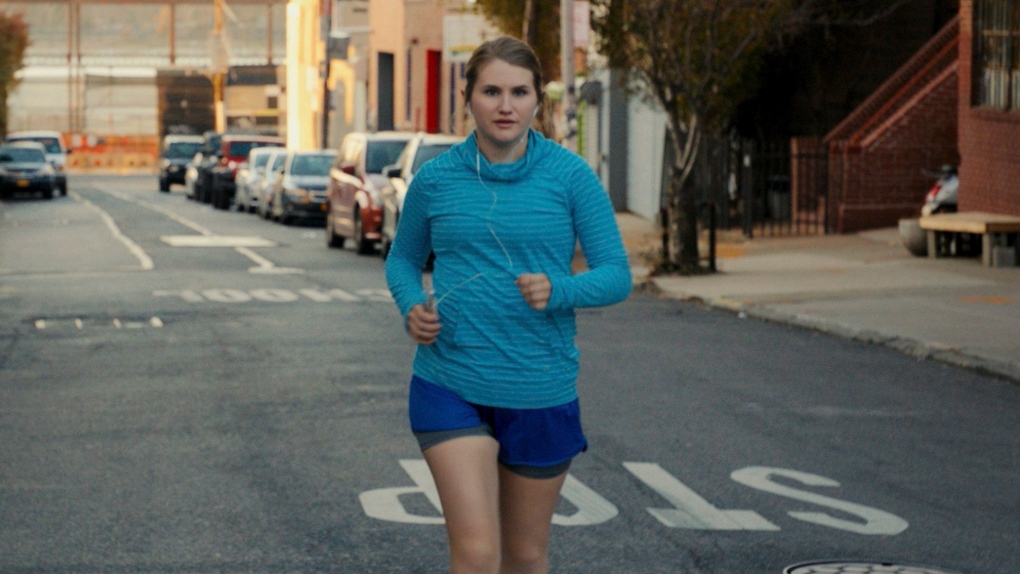 EDMONTON -- Since we’re all stuck inside for the foreseeable future, a lot of us may find ourselves turning to our reliable old friend, the television, for comfort in our time of need.

With all the streaming services out there now, a scroll through the list of available titles on Crave, Netflix, or Amazon can end up feeling like one of those fruitless evenings in the '90s, where you would browse the local video store for two hours, and still walk out empty-handed.

You’ve already seen, or at least heard about, all the big 2019 films – from the blockbusters like Avengers: Endgame, Toy Story 4, and Joker, to the critical favourites like Parasite, Once Upon A Time...In Hollywood and 1917.

But, as with any other year, there were some pretty great 2019 films that flew a bit more under the radar. And since we can’t go out to any restaurants right now, here are a dozen awesome flicks to sink your teeth into.

FIGHTING WITH MY FAMILY

Florence Pugh had a breakout year in 2019, appearing in the critically acclaimed hits Little Women and Midsommar.

But it was this early-2019 release that basically introduced her to North American audiences – a funny and infectiously entertaining crowd pleaser, based on the true story of WWE star “Paige.” Available on Crave.

The Shia LaBeouf renaissance continues, with this wonderfully idiosyncratic ‘Mark Twain’-style drama about a young man with Down syndrome who sets out to meet his wrestling hero, The Saltwater Redneck.

LaBeouf’s instant chemistry with his young co-star Zack Gottsagen makes for a memorable ride for the whole family. Available on Crave.

WHO LET THE DOGS OUT

I know what you’re thinking: they actually made a MOVIE about that horrible song? Well, trust me when I tell you that nothing can quite prepare you for the incredible true story behind one of the biggest (and most annoying) ear-worms of the century. It’s the Tiger King of one-hit wonders! Available on Crave.

Adam Driver is quietly powerful in the engrossing true story of Daniel Jones, the US Senate staffer who was tasked with investigating the CIA’s post-9/11 use of illegal torture techniques on prisoners. For fans of '70s-style political thrillers like All the President’s Men and The Parallax View, this is a must-see. Available on Amazon Prime.

After making a bit of a splash on the festival circuit, this very funny and poignant true story of self-empowerment kind of fell off the radar.

Led by Jillian Bell’s fearless and raw performance as Brittany, this is one of those films you just hope people will be able to (re)discover now that’s it’s available for home viewing. It’s just plain hilarious, and very highly recommended. Available on Amazon Prime.

Gather up the whole family, and settle in for one of the BEST documentaries of recent years – the charming, sweet, and truly inspiring story of John and Molly Chester, a California couple who are working to create a sustainable farm outside of Los Angeles.

While the kids are being kept inside for some home-schooling, you could do a lot worse than to give them a dose of education from this timely film. Available on Netflix.

Olivia Wilde’s directorial debut features a couple of tour de force performances from Beanie Feldstein and Kaitlyn Dever, and answers the age-old question, “Why can’t we get a FEMALE version of ‘Superbad’?

The coming of age / teen comedy genre has seen an awful lot of tired retreads over the years, which is what makes this an even more welcome surprise. Make a night of it, and double-feature it with 2019’s equally-hilarious Good Boys. Available on Amazon Prime.

One of the most criminally-underrated films of 2019 is this riotously funny rom-com.

Charlize Theron is as the very top of her game here, and Seth Rogen winningly leaps into his leading man role, in what is easily my favourite political comedy since The American President.

Also, seeing a film in which a journalist and a presidential candidate actually get along makes for a gratifying exercise in wish fulfillment. Available on Amazon Prime.

With countless twists and turns throughout the years, the finished product is a triumph of perseverance, and an ode to the lasting power of music. Inspiring, hopeful, and at times, magical, this is one of the most welcome discoveries of 2019. Available on Netflix.

Take everything you think you know (or would assume) about The Satanic Temple, and throw it out the window.

Penny Lane’s exhilarating documentary shines the spotlight on one of the most controversial religious organizations in modern U.S. history, enlightening the viewer with surprises and twists every step of the way. Available on Netflix.

From the director of Bend It Like Beckham comes another triumphant and crowd-pleasing comedy, one that was badly mishandled by distributor Warner Brothers, who dumped it into theatres at the end of summer 2019, where it promptly flopped.

Too bad, because this '80s-set story of a South Asian teenager growing up in the UK, learning to find his voice through the music of Bruce Springsteen, is a pure delight from beginning to end. Available on Apple TV.

Fans of Guy Maddin’s work will be spinning cartwheels when they discover this absolutely bonkers “biopic” of Prime Minister William Lyon Mackenzie King.

Hilarious, bizarre, inventive, and endlessly creative, Winnipeg filmmaker Matthew Rankin’s genre-defying creation is – in my opinion – better (and slightly more accessible) than anything Maddin has ever done. This is a great option for the more ‘adventurous’ viewer. Available on Crave.