You may not have realized it, but for the past week, the cast of CTV Morning Live Edmonton has been throwing a lifeline to players of the popular game Wordle.

Wordle is a daily online game where players get six tries to guess a five-letter word. With each guess, players receive feedback about whether they correctly select a letter and its positioning in the secret word.

"Well, secretly all this week we've been telling you the answer, and maybe you noticed, or maybe you didn't," Morrison revealed.

On Monday, as traffic anchor, Kimberly Wynn showed icy road conditions across the city she nonchalantly used the Wordle word of the day.

"On Princess Elizabeth Avenue, you can see those icy built-up knolls," Wynn said.

Tuesday's word, sugar, was used by weather specialist Cory Edel as he talked about shovelling the walks outside his home.

The next day, Morrison worked in the word whack as he spoke with Edel about the forecast.

"Even though we've been going through this warm stretch, we are still getting a whack of winter all the time."

Wynn was able to slide in Thursday's word as she talked about windrows in the city.

"Those windrows, they're still big. You have to mount up and dig yourself out of those parking spots in front of your house," she said. 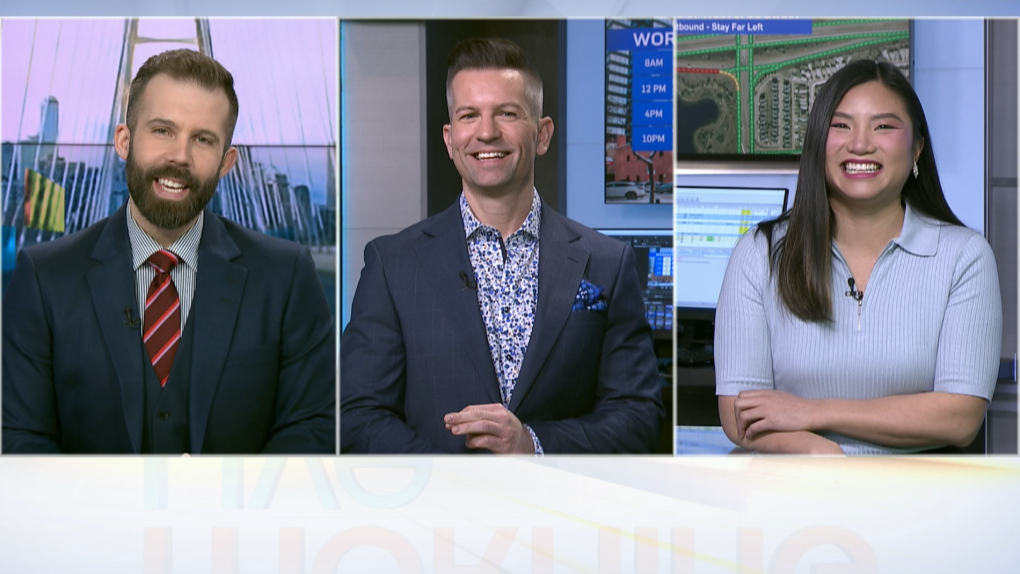 The CTV Morning Live Edmonton cast as they talk about Wordle on Friday, Jan. 28, 2022 (CTV News Edmonton).After the act was revealed to everyone Friday morning, Wynn said a viewer caught onto her back on Monday.

"Somebody actually called me out on the word knoll the first day we did it," she recalled.

"Because they were like, 'Why don't you just use the word windrow like a normal person?' So they then said, 'Do you play Wordle?'

"He caught on right away," Wynn said.

The cast decided to use the daily Wordle words after Morrison was called into his boss’s office last week.

"I got called into our boss’s office, and she said to me, 'I heard that you're playing Wordle in the studio,'" Morrison said.

"And I said, 'Maybe?" Morrison added as he laughed.

"And she said, 'Great! You should talk about it on the show because a lot of people are playing Wordle,'" he said.

After a week of sliding the daily word into the show, Morrison said the cast would continue to do so moving forward every day at some point in the newscast.

"We are going to continue to give you the word of the day on Wordle," Morrison said, "here on CTV Morning Live.

"We will be sneaky about it. We aren't going to give any spoilers away."

Catch CTV Morning Live weekdays from 5:30 a.m. to 9 a.m. for the latest in news, weather, traffic, entertainment, and now, Wordle.

Russia's claimed seizure of a Mariupol steel plant that became a symbol of Ukrainian tenacity gives Russian President Vladimir Putin a sorely needed victory in the war he began, capping a nearly three-month siege that left the city in ruins and more than 20,000 residents feared dead.