The "Imagine Van Gogh" exhibit has partnered with the Edmonton Expo Centre and the Nina Haggerty Centre for the Arts on a community legacy project.

The centre is an arts collective made up of artists with developmental disabilities.

University of Alberta faculty of arts professor Joan Greer approached Explore Edmonton about doing an art workshop with the centre.

Once approved, Greer held a Zoom class for 34 of the students, who painted their interpretation of van Gogh from a lesson about the Dutch artist. 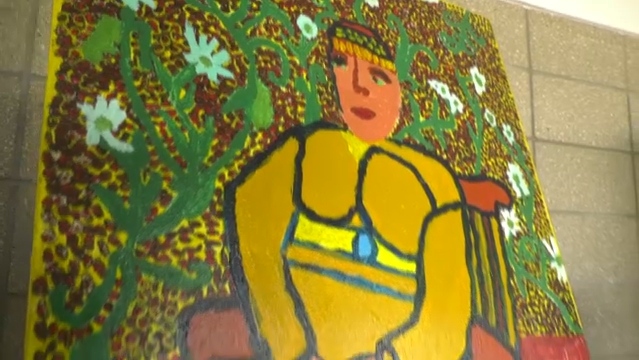 'IT'S A PRETTY SPECIAL FEELING'

Five of the art pieces, painted by three different artists, were put on display at the Expo Centre for people to see when attending the van Gogh exhibit.

“To learn from one of the world’s experts gave out collective an exciting insight into van Gogh and the influence is demonstrated in their new artistic creations,” Rona Fraser, CEO of the Nina Haggerty Centre for the Arts, said in a release on Wednesday.

“To see their interpretation of the art work we just experienced inside, it’s a pretty special feeling,” Dan St. Pierre, director of strategic communications for Explore Edmonton, added.

"It’s pretty hard to leave and not want to go and pull out some paper and some water colours and do your own art.”

Those pieces of art will now have a permanent home at the Expo Centre. 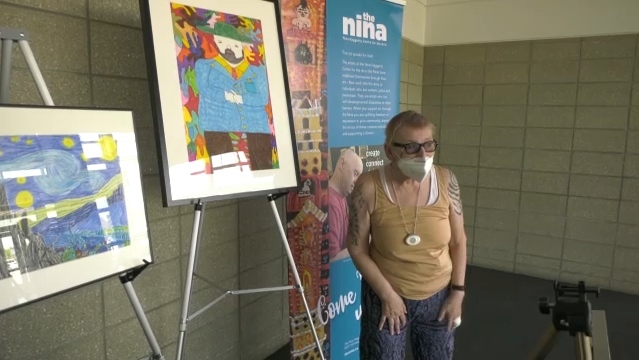 Linda Vincent, one of the artists who had her portrait pieces on display, told CTV News Edmonton she’s been cross stitching and painting for 15 years.

To cap things off, the company promoting the van Gogh exhibit donated $1,000 to the centre.