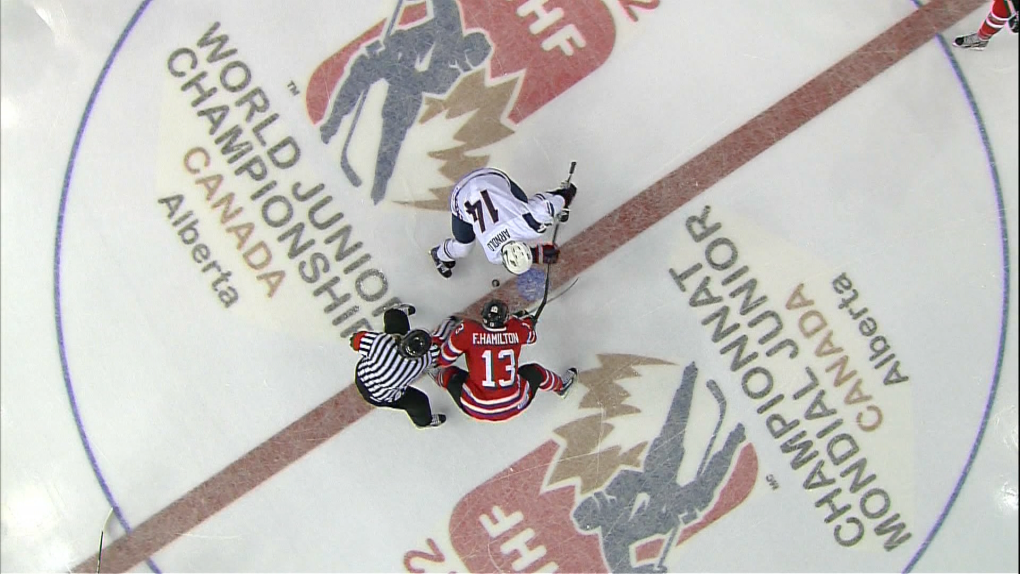 The Road to the World Juniors pre-tournament schedule is being amended due to the "changing epidemiological situation" surrounding the Omicron variant of COVID-19.

Ticket sales for the tournament taking place before the 2022 IIHF World Junior Championship have been paused, organizers said in a statement on Saturday.

Scott Smith, president and COO of Hockey Canada, said that discussion between Hockey Canada, the International Ice Hockey Federation and Alberta Health prompted the restructuring to a reduced schedule to ensure the health and safety of all participants.

“Although this was a difficult decision that was made with careful consideration, we understand this is challenging for players, coaching and support staff, and fans," Smith added.

"However, it is our goal to host a safe and successful event, and we will continue to take every precaution necessary to achieve that goal and distribute medals on Jan. 5.”

Eleven games were originally scheduled for the pre-tournament, with each team playing a minimum of two games before championship play is scheduled to start on Boxing Day.

According to Hockey Canada, ticket holders for pre-tournament matches will receive updated information about ticketing options once the new reduced schedule is released.

No other details were available from Hockey Canada. A finalized schedule is expected to be announced "in the coming days."

As of Friday, there were no plans to limit spectators at the world junior men's hockey championship with games in Edmonton and Red Deer, Alta.

Last year, the championship for the best hockey players under 20 was hosted in Edmonton without fans due to the pandemic.

On Friday, 90 per cent of tickets for the tournament proper were sold, Hockey Canada said.

Teams arrived in Canada earlier this week and started their quarantines, in addition to producing two negative tests before arriving in Canada and continuing to test negative every day since their arrival.

Pre-tournament play was to start Sunday, with two games, including Canada versus Switzerland in Red Deer.