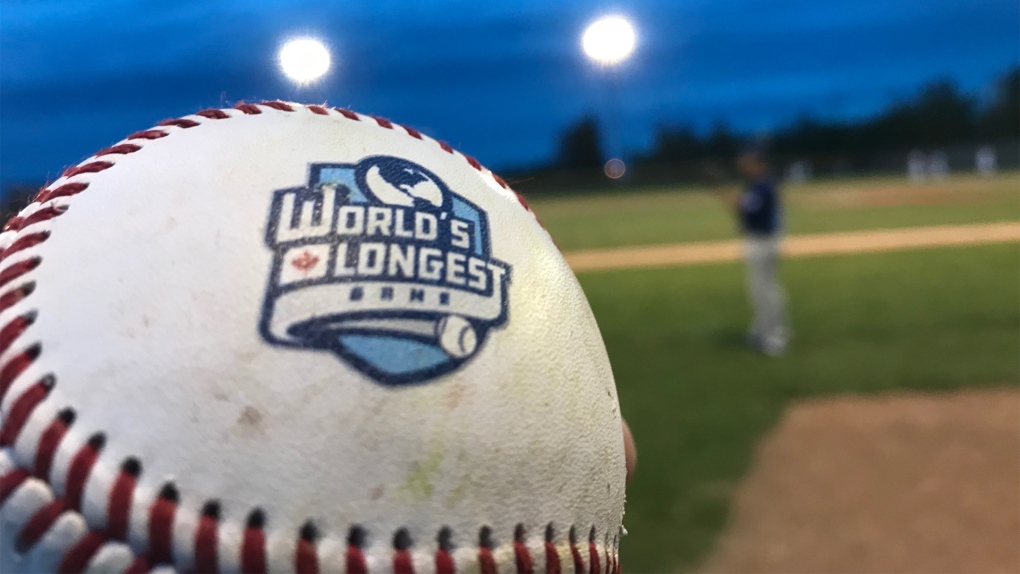 The organizers of the World’s Longest Hockey Game are at it again, but this time they’re hoping to hit a home runfor cancer research.

The World’s Longest Baseball Game kicks off Thursday morning at Centennial Park in Sherwood Park. 55 men and one woman will hit the diamond in an attempt to challenge the Guinness World Record for the world’s longest baseball game.

Players are hoping to raise $250,000 for cancer research in Alberta with the attempt. The Dianne and Irving Kipnes Foundation will also match all donations to the game, up to $250,000.

The money raised from the game will fund a clinical trial of a new cancer drug at the Cross Cancer Institute. It’s believed the drug could potentially treat non-Hodgkin Lymphomas, Leukemias, and other blood cancers. The drug might also have positive effects on breast, lung, bladder and pancreatic cancers.

“Our job is to cure cancer this weekend. Every time we do one of these events, that is our motto,” said organizer Brent Saik in a written release. “The game is non-stop. You go around the clock; all day, all night. Our feet may get sore, we may be tired, we may not be sure if we can keep going, but people battling cancer go through harder challenges every single day. So we keep going.”

This isn’t Saik’s first attempt to break a record for a world’s longest game. Since 2003, Saik has held seven World’s Longest Games, which have raised over $4.98 million for cancer research in Alberta.

The opening ceremony for the World’s Longest Baseball Game kicks off at 6:30 a.m. on Thursday with the first pitch thrown out at 7 a.m. Closing ceremonies will be held at 6 p.m. on Aug. 25.

Admission to the game is free to the public around the clock. Donations can be made online.