Yellowhead crash sends one to hospital 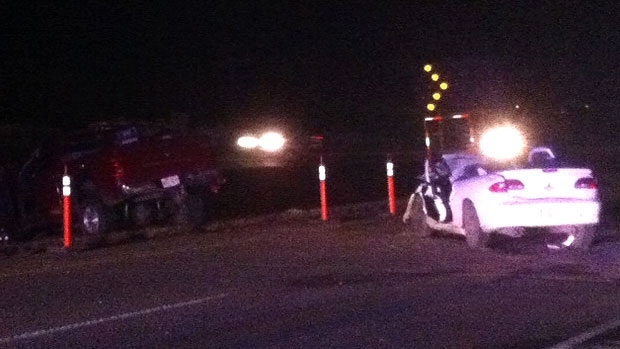 One person was airlifted to hospital after a collision east of the city last night near Sherwood Park.

The crash happened on the Yellowhead Trail, east of Clover Bar Road, just before 7:00PM.

The RCMP say the driver of a car rear-ended a pick-up truck where two lanes merge due to construction.

The 28 year old driver of the car, a man from Tofield, was reported as conscious before being flown to hospital. The driver of the pick up and his daughter were not seriously injured.

Police do not believe alcohol was a factor. The investigation continues.