'You have to show up:' New Democrat MP questions virtual attendance of Alberta Tories 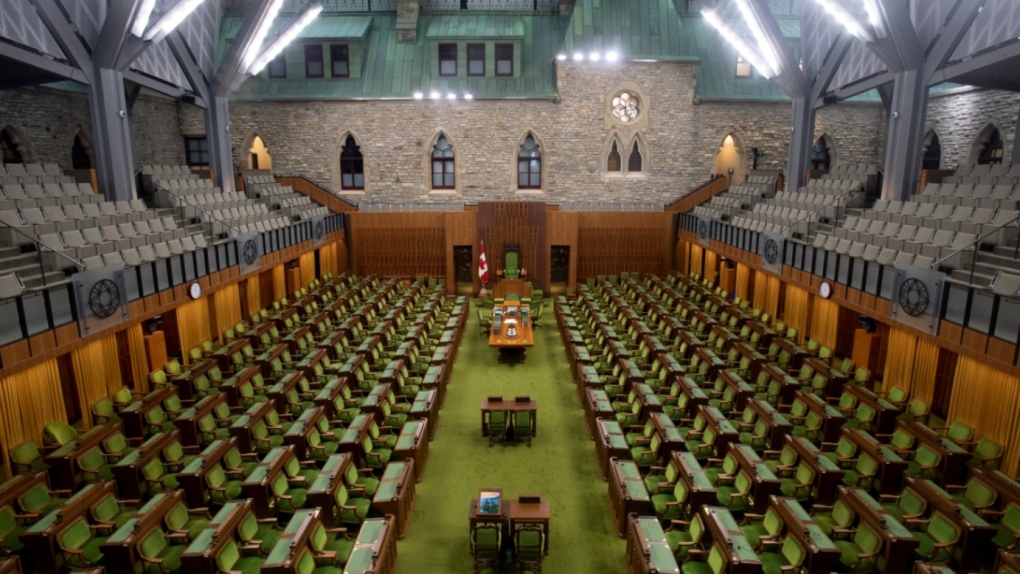 The House of Commons chamber is seen empty, Wednesday April 8, 2020 in Ottawa. THE CANADIAN PRESS/Adrian Wyld

The Commons, which had largely been adjourned since mid-March to curb the spread of the novel coronavirus, initially only met to pass emergency aid legislation and to come to a new agreement on how the chamber should function.

In late May, the New Democrats joined forces with the governing Liberals to waive normal proceedings for another four months and continue with an expanded version of a special COVID-19 committee that has acted as a stand-in for the chamber.

Both Conservative and Bloc Quebecois MPs voted against the virtual sittings because they wanted more parliamentary oversight.

There have been 14 of the new hybrid sessions since the change at the end of May, but a tally by the NDP shows the average attendance for Conservative members from Alberta was about 42 per cent; the number was confirmed by The Canadian Press through online minutes.

NDP MP Heather McPherson, who represents Edmonton Strathcona, has attended all the online meetings and said she doesn't understand why other Alberta politicians aren't participating.

“I'm a little shocked,” she said in an interview this week. “It feels to me like Alberta MPs, more than any MPs in the rest of the country, need to be fighting for Albertans.

“We need all the help we can get.”

Of the 33 Alberta Conservative MPs, none has attended all 14 meetings. About a dozen have attended more than half, and four haven't participated at all.

Len Webber, who represents the Calgary Confederation riding and is also chairman of the Alberta Conservative caucus, said the attendance numbers were news to him.

The meeting minutes posted online show Webber attended two of the special COVID-19 meetings early on in the pandemic and hasn't participated in any since the May 26 change.

Webber said it's not a boycott by the Conservatives. He suggested many members - including himself - are busy with other meetings. He's on the health committee, for example, and online minutes show that he's attended all of those meetings.

There are also regular Zoom calls with other members to prepare for meetings and ongoing constituency issues to address, he said.

“There are good reasons why some MPs can't attend.”

Webber questioned whether the attendance numbers were accurate.

He added that there's only so many questions that can be asked by MPs at the special COVID-19 committee meetings.

“There are certainly Alberta MPs who ask questions,” he said. “They are there representing their constituents.”

McPherson said the NDP voted to have the hybrid meetings so every member had the opportunity to participate in Parliament and represent their constituents.

“We were able to ask questions,” she said.

A previous restriction that prevented MPs from asking questions on issues other than the pandemic was one of the changes made at the end of May.

McPherson said she has asked about worker safety at the Cargill meat-packing plant in southern Alberta, help for people with disabilities and support for Alberta's small businesses that weren't qualifying for government assistance during the pandemic.

She suggested there's also value in hearing other issues politicians are raising.

McPherson said she's particularly surprised that some of her fellow Alberta MPs didn't attend at all, as people across the province are going through a difficult time.

“I'm really happy to work with anyone from any party ... but you have to show up,” she said.

McPherson admitted the current system isn't perfect, but said it's a good compromise that helps contain the spread of COVID-19 by preventing people from flying to Ottawa from all over Canada for in-person sessions.

“We couldn't do business as usual.”

Here's the attendance for the province's 33 Conservative MPs:

This report by The Canadian Press was first published on July 4, 2020