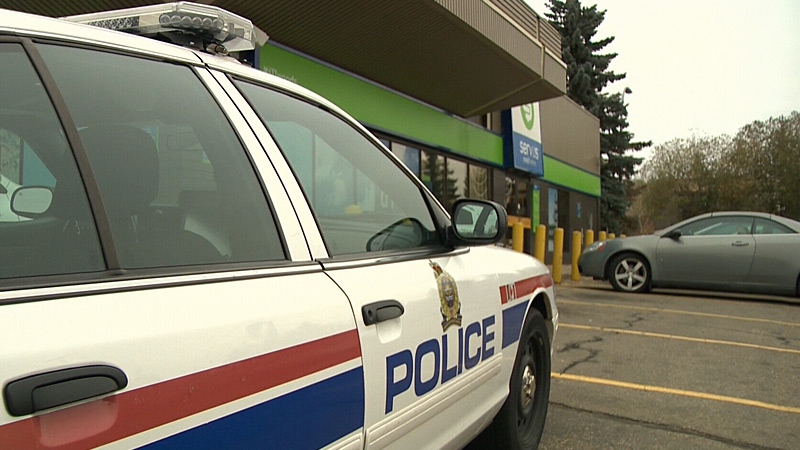 A Mill Woods school was locked down for a short time Wednesday afternoon after an armed robbery at a Servus Credit Union in the neighbourhood.

A young man has been arrested and charged after an armed robbery in Mill Woods on Wednesday.

Police say a man had walked into a Servus Credit Union on 28 Avenue and Mill Woods Road with a gun, demanding money just before 3:30 p.m. Wednesday.

No one was injured during the robbery, however police say J. Percy Page High School was locked down for a short time because it was believed the suspect may have been heading in that direction after he fled from the credit union with an undisclosed amount of money.

Police had originally told CTV News the suspect was a man in his 30s but on Thursday, police said a 19-year-old man had been arrested and charged.

Klaine Joseph Campeau, 19, is charged with seven counts of robbery with a firearm, two counts of pointing a firearm, wearing a disguise, assault with a weapon, possession of a weapon for the purpose of committing an offence and possession of stolen property under $5,000.