EDMONTON -- A young pipe band has been bringing its brand of Scottish music to long-term care facilities across the Edmonton region.

Sage, Jasper and Carson Macmillan have been playing together for over three years.

With 11-year-old Sage and 13-year-old Carson on bagpipes and 12-year-old Jasper on snare, the siblings recently took on the goal of playing for a different care centre every day throughout the pandemic. 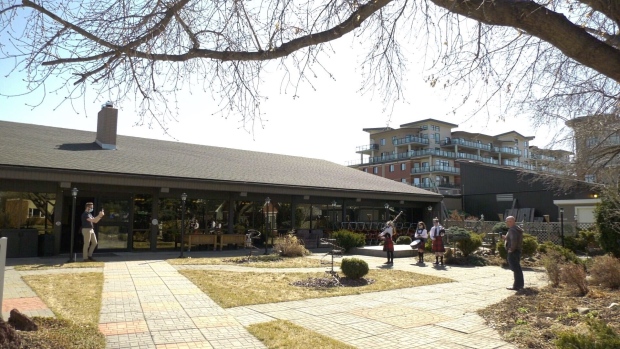 “It started from a conversation where my grandma’s actually in a long-term care facility,” the kids’ dad, Scott Macmillan, told CTV News Edmonton.

“We’re not allowed to have any access to the building, obviously with social distancing et cetera,” he said. “Then also starting to think outside of the box with how many elderly or people in the long-term care facilities that don’t have any visitors.”

Scott Macmillan started playing the bagpipes himself with the Edmonton Youth Pipe Band 25 years ago.

He’s been using that experience to give his kids private lessons.

On Tuesday Carson and his younger sisters performed in the courtyard of the Sherwood Park Care Centre.

About 40 staff members and residents took in the show from a safe distance in the adjacent dining hall. 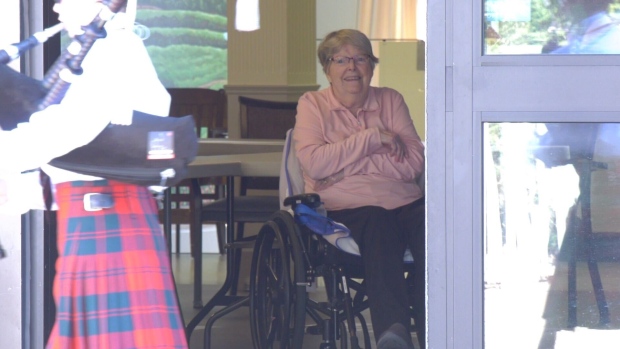 While the aim of the free concerts is to bring some joy to seniors who are unable to have visitors in the traditional sense, Scott Macmillan admits that the shows have another purpose.

“It started where the first time we did it I was bribing them. I paid five bucks per kid, per show and I put it on a Facebook live video,” the dad said.

“My son said, ‘Dad, you’re using the word bribe way too much and we’re doing this because we’re gonna be helping out and seeing the smiles through the windows.’”