1 arrested, 3 still at large after attempted murder NW of Edmonton 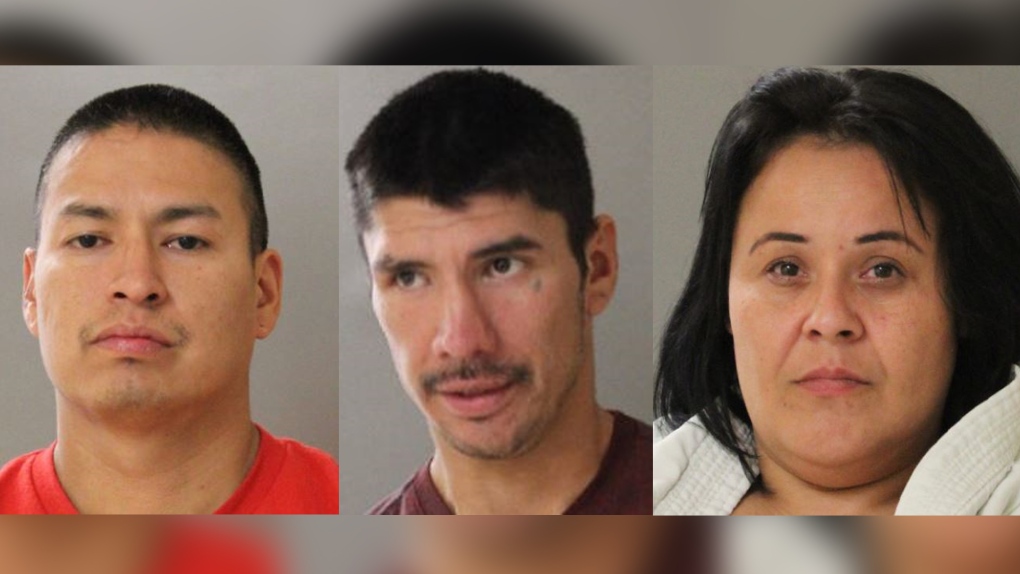 EDMONTON -- One person has been arrested after an attempted murder in Valleyview early Friday morning.

A man was shot at close range around 5 a.m. and was taken to hospital.

Dorian Harvey was arrested on Saturday, but police say the other three remain at large and are considered armed and dangerous.

If spotted, they should not be approached. Call 911 immediately.

Bartlett is described as Indigenous, about 5’10” and 200 lbs with short black hair and brown eyes.

Gladue is Indigenous, 6’2” and 175 lbs with short black hair and brown eyes.

Chowace is Indigenous, 5’0” and 200 lbs with medium length black hair and brown eyes.

Anyone with information on the whereabouts of any of the suspects should call Valleyview RCMP at 780-524-3345 or your local police department.

Valleyview is about 350 kilometres northwest of Edmonton.