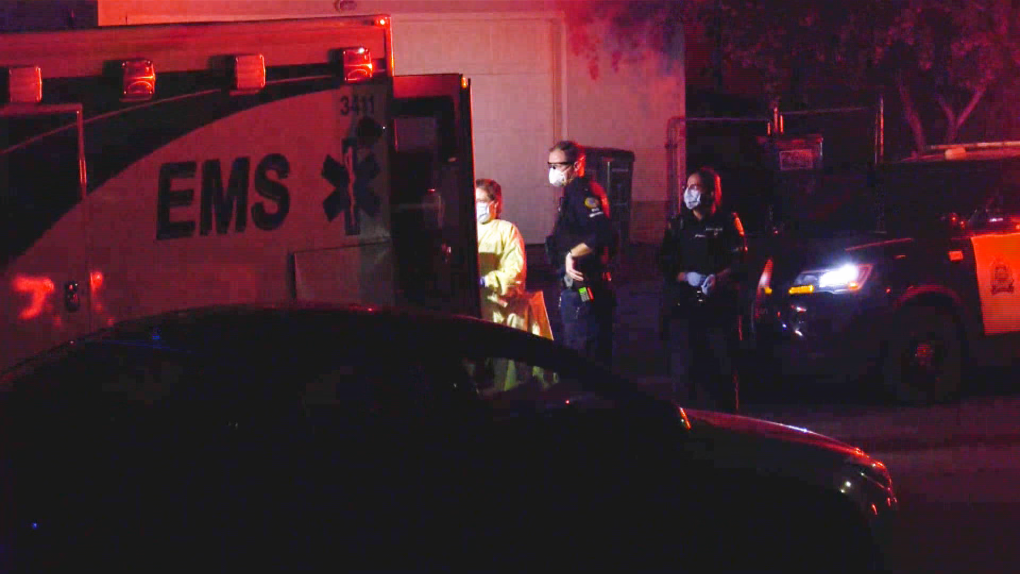 Two people were taken to hospital after a stabbing in the Rosslyn neighbourhood the evening of Aug. 2, 2021, according to police.
EDMONTON -

Two people were taken to hospital after a stabbing in the Rosslyn neighbourhood Monday evening.

According to police, two people armed with knives attacked a group of people standing in a parking stall.

Two men, both aged 22, sustained injuries in the attack described as serious but non-life threatening.

Police were told an altercation took place before the attack.

"Officers continue to investigate. At this time, investigators believe this was not a random event, and there is no ongoing concern for public safety."

Two Canadians detained in late 2018 who were allowed to return to Canada in a prisoner swap were released on bail for health reasons, China's Foreign Ministry said Monday. A ministry spokesperson made the comment as Beijing sought to downplay the connection between their release and the return to China of a long-detained executive of Huawei Technologies.

Germany's centre-left Social Democrats won the biggest share of the vote in a national election Sunday, narrowly beating outgoing Chancellor Angela Merkel's centre-right Union bloc in a closely fought race that will determine who succeeds the long-time leader at the helm of Europe's biggest economy.

Lines of cars formed at some British gas stations for a fourth day on Monday, as the government mulled sending in the army to help ease supply disruption triggered by a shortage of truck drivers.

Businesses, schools and cities to observe National Day for Truth and Reconciliation

Businesses, cities and schools across Canada are preparing to follow the federal government's decision to observe the day, in some cases stepping up because provinces won't.

Find your sleep 'sweet spot' to protect your brain as you age, study suggests

How long older adults sleep could affect their brain health, according to a study published Monday in the journal JAMA Neurology. Disrupted sleep is common in late life, the study authors wrote, and associated with changes in cognitive function.

The province is tightening up its documentation requirements, which means the small paper vaccine records, given out at the time people received their vaccines, are no longer accepted.

CIBC has hired former Liberal cabinet minister Navdeep Bains as vice-chair, global investment banking. Bains stepped down as innovation minister in January and did not run in the recent federal election. He officially joins the bank Oct. 4.